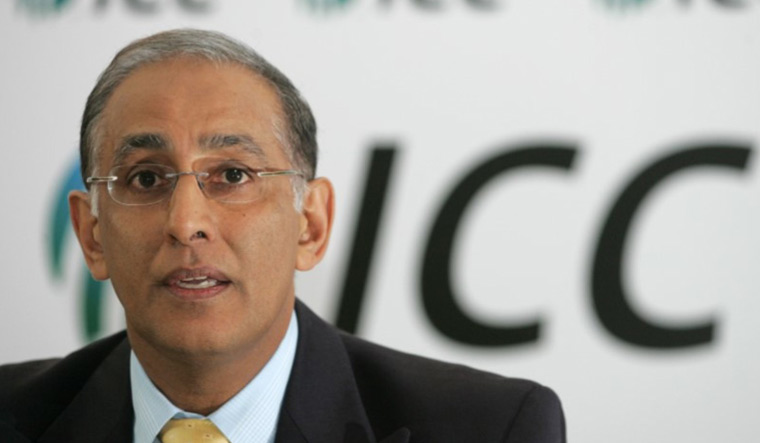 Aiming for wider acceptance and to increase its footprint, the Abu Dhabi T10 League got a major filip, with former ICC and Cricket South Africa boss Haroon Lorgat coming on board as director, strategy and development. He believes that the latest short format is the ideal way to globalise the sport as well as the best format for women, and for those needing to develop their skills - namely junior cricketers.

Announcing Lorgat's appointment ahead of the fourth edition of the Abu Dhabi T10 league, Shaji Ul Mulk, founder and chairman of T10 Sports Management, who conceived and launched this format, said, “It's time now to move ahead with a much better professional management and bring in names of repute from cricketing world. Mr. Lorgat has agreed to join us. He will help us make T10 League a truly global brand."

The T10 League is scheduled to take place at the Zayed Cricket Stadium from January 28 to February 6, 2021, with eight teams competing in over 29 games. The T10 League will see current and retired cricketing stars taking part, including Shane Watson, Dwayne Bravo, Yuvraj Singh, Keiron Pollard, Eoin Morgan and Shoaib Malik, to name a few.

Speaking on the occasion, the former ICC CEO, Lorgat, said, "It's very different to what I have done before – having been involved in long form cricket, in national and international federations. Once upon a time, we may have thought 10 overs of an innings was just not cricket but the kind of skills, strategies adopted by coaches and teams when I saw matches last year, said to me there is a future here. It can be used as a development tool, as entertainment. It lasts 90 minutes - duration of football matches. In today's world, this format lends itself to something different. I am confident it will be embraced way beyond UAE."

In his new role, Lorgat will advise the chairman and management of the T10 Sports Management on growth strategies for T10 cricket. He will also develop, profile and promote the Abu Dhabi T10 League worldwide with the aim of having multiple T10 leagues in viable countries.

Shaji Ul Mulk said he hoped by the time the leagues start in February, the government would relax some COVID 19 regulations and allow spectators. He was extremely encouraged by the increasing number of eyeballs attracted by the League in the last edition, both on TV and OTT platforms. "We are expecting one or two more teams and big names to participate, along with the eight teams. We believe we have a very good window for top players to participate in a normally busy FTP. "

The BCCI has been lukewarm towards this format so far, and allows only those players who have retired from domestic and international cricket including IPL, to participate in such leagues. Pravin Tambe and Yuvraj Singh made their presence felt at the UAE T10 League, even though India's representation is bare minimum in this event. "We welcome Indian players. Yuvraj was here last year, Badrinath and Munaf Patel have played here. We will continue to encourage Indian players as allowed by BCCI to participate in the League,"said Shaji Ul Mulk.

The key for any cricket format to become popular and be widely accepted is to do well in the subcontinent and the T10 league as well as Lorgat, are aware of it. "If you truly want game to be embraced and commercially successful in big way - it (T10 League) is reasonably in good shape commercial point of view - you need to capture market in subcontinent. Last year, there were some signs of that. Sony got rights. I would engage with the (management) team to see how we can break into the markets in big way. For now, I was impressed with the successful nature of its feasibility and the interest shown by potential owners of teams," he said.

On whether national teams will embrace it or go on to play international matches, Lorgat said, "The ICC has already sanctioned the T10 format when Mr. Shaji thought of the format. I have not yet engaged with ICC but I plan to do that. I will look to meet up with old friends and colleagues in ICC, and see what they feel about having it as a developmental tool for younger players and female players."

Lorgat also believed that in long term, there will be fewer countries playing Test cricket and more countries playing the short format. He felt this format was ideal for cricket to get into Olympics but foresees challenges in getting ICC and full-member countries to accept this. "If this format can be embraced particularly for Olympics, it's a challenge we need to work through with ICC. If not immediately for men's national teams, but the women would love to be at Olympics. It's something I want to engage with ICC and full-member countries," said Lorgat.

One of the challenge that any new league in cricket, including T10 league, faced is related to integrity and corruption. The ICC's ACU has been involved in maintaining the hygiene of the competition and Shaji Ul Mulk expressed full confidence in the league's zero tolerance policy and ACU's abilities to maintain the integrity of the fledgling cricket league.