The Uruguay striker will leave Barcelona after six seasons 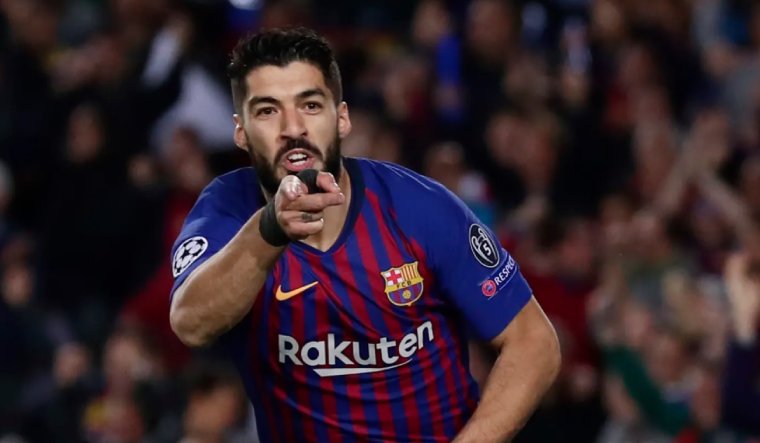 Barcelona on Wednesday confirmed that Luis Suarez will join Atletico Madrid after the clubs reached an agreement for a 6 million euro deal for the Uruguayan striker.

Suarez, who has won 13 titles with Barca, will leave after six seasons at the club.

In a statement on their website, Barcelona said that Atletico would pay the transfer fees in ‘variables’ as part of the deal.

“FC Barcelona and Atletico Madrid have reached an agreement for the transfer of the player Luis Suarez. The Madrid club will pay FC Barcelona €6 million in variables,” the statement read.

“FC Barcelona would like to publicly express their gratitude to Luis Suarez for his commitment and dedication and wishes him all the best for the future,” it added.

When new manager Ronald Koeman took over following the sacking of Quique Setién post Barcelona’s Champions League 8-2 loss against Bayern Munich, he informed Suarez and the club that he had no place for the Uruguayan forward in his plans. However, the Dutchman later suggested that he would be willing to work with the striker if he stayed.

Captain Lionel Messi had also expressed his strong desire to leave owing to the mismanagement of the club, but was denied his request.

Suarez had initially looked to joining other leagues after clubs, including Juventus and Ajax, showed interest in the 33-year-old striker. Juve was close to confirming a deal worth 10 million euros for three years. But the prolonged process of securing an Italian citizenship and passport hindered his move to the Serie A champions.

Suarez had joined Barcelona from Liverpool for £75 million in 2014, and will leave as the third highest scorer in the club’s history with 198 goals, after Messi (634) and Cesar Rodriguez (232).