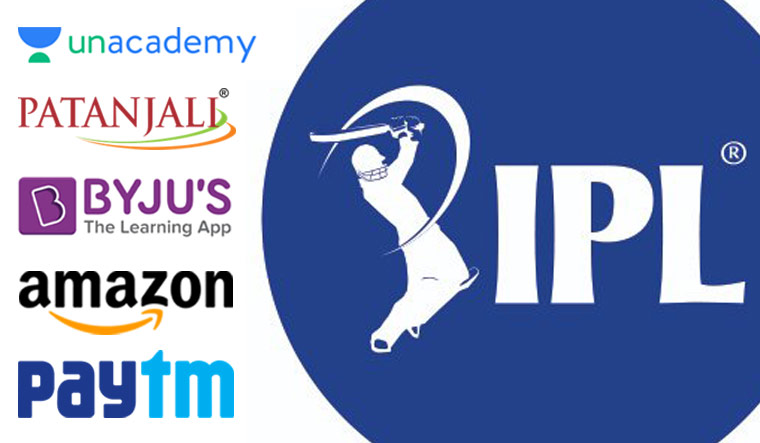 The Indian Premier League (IPL) cricket jamboree is the biggest annual media and marketing event in India. All the more so this year, with the T20 tourney getting a delayed but much-awaited green signal to become the first sporting event to beam on live TV after several months of the pandemic and the lockdown.

With expectations sky-high, the television spectacle, which will now take place in empty stadiums in Dubai and elsewhere in the Persian Gulf from September 19 got hit bodyline style when title sponsor Vivo bowed out of the title sponsor slot. The Chinese mobile phone maker felt it the prudent thing to do considering the heightened anti-China sentiments in India following the bloody border clashes in Galwan valley in June.

However, for the Board of Control for Cricket in India (BCCI), which organises the IPL, that has meant an unenviable task of finding a new title sponsor at the last minute. Thankfully the IPL is a magnet for marketeers and interest has been high among many big brands to take on the prized slot previously held by the likes of Pepsi and DLF, beside Vivo, since the IPL’s inception in 2008.

Yet, by all indications, it seems doubtful if the BCCI will be able to match the Rs 440 crore rupees that Vivo was paying per year to be the title sponsor (Vivo’s contract runs till 2022 and some reports say the Chinese firm wanted to pull out completely but were just about convinced to step aside for one year and take a call on the remaining years later.). Independent analysts have argued, considering the late timing, the overall economic despondency due to COVID-19 and the dull market scenario, that BCCI would be lucky to get Rs 300-350 crore, though the likely figure could be as low as Rs 200 crore—considering that market sentiments are uncertain and the exposure window is only for a period of around six weeks.

Sensing this, BCCI has increased its sponsorship partners from three to five, with the hope that the two new additional sponsors will bring in around Rs 40 crore each. In pandemic times, every penny matters.

On the bright side, the response to the Expression of Interest (EoI) has been good. Bids are flowing in, with the new title sponsor to be announced on Tuesday. We take a look at the names floating around and their prospects

While most brands are keeping mum, yoga guru-turned-social activist-turned-business tycoon Baba Ramdev’s Patanjali is one of the few that has formally declared that it is interested. “We are considering the IPL title sponsorship for this year since we want to give the Patanjali brand a global marketing platform,” said a Patanjali spokesperson last week. If you go by Twitter analytics, where a vicious Chinese-free IPL campaign might have been one of the reasons for Vivo to exit IPL, this augurs well—a similar trend has been calling for a desi company to be the title sponsor.

The teaching app Unacademy is looking to grade up. The edtech company formally picked up the bid papers from BCCI on Wednesday, indicating its seriousness. Unacademy has the right credentials in the present circumstances, too—the company has ‘100 per cent Indian investment’ and is already part of the official sponsor line-up of IPL. The visibility of a family event like IPL would provide will help to advance faster on market leader Byju’s. Win-win, by all accounts.

The big daddy of India’s sunrise edtech industry is big on sports, just like its founder Byju Raveendran, who is on record saying that lessons he picked up on the sporting ground have come in handy in the board room as well. Byju’s is already the official sponsor of the Indian national cricket team, but with no matches taking place for long, it might work to this Bengaluru unicorn’s favour to go in for some high profile visibility at a time when online learning scaling up on an unbelievable scale and rivals are nipping at its heels.

It is already one of the biggest e-commerce players in the world, as well as India. But Amazon’s ambitions are boundless, and suspicions of what Reliance Jio might be up to doesn’t help matters. Amazon doesn’t need the publicity, but this high-profile association may be just what it needs to ingrain itself into the desi consciousness and steal a march over rivals ranging from Flipkart to Jio. The American parentage, hopefully, will not be a deal-breaker.

There are many similarities between the digital wallet service provider and the fantasy gaming app. Both are products of Indian entrepreneurship and innovation, spawning out of the technology domain, and both are unicorn success stories, with valuations of more than one billion dollars. And both are already part of the official sponsor panel at IPL. Would they want to scale up and take centre stage this year?

From Coca Cola to even Reliance Jio, there is a flurry of other names being whispered about. A car company? A private bank? Or perhaps a helping hand from a PSU? Equally strong are talks of BCCI having an ace up its sleeve which it will pull out at the right time. Already, some are talking of ‘a sponsor with no previous major association with cricket.’

Considering the circumstances under which Vivo pulled out, the narrative demands a ‘Made in India’ brand, but for the organisers, any bidder who can best make up for the loss of revenue of Vivo’s exit would be good enough.