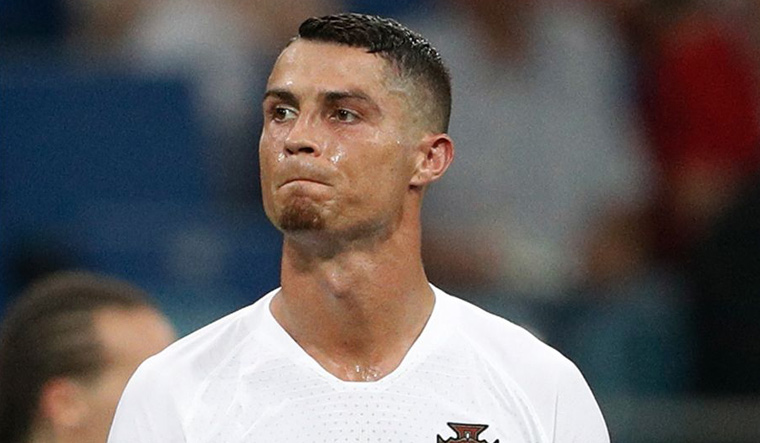 Ronaldo net two, but it was Lyon who had the last laugh as they edged past Juventus to reach the Champions League quarter-final. The first leg at Lyon had ended 1-0 to the hosts. Juventus needed at least three goals after Lyon took the lead in the second leg, but fialed.

Lyon will face Manchester City in the single-elimination quarterfinals in Lisbon after the English team beat Real Madrid 2-1 on the night to progress 4-2 on aggregate. The Juventus-Lyon match was rescheduled from March 17 after the pandemic which shut down sports around the globe. The French league did not resume while Juventus struggled after the restart of Serie A but nevertheless claimed a record-extending ninth successive title.

Lyon captain Memphis Depay would not have been able to play had the match taken place as scheduled because he had a serious knee injury. He scored an early penalty with a cheeky chip down the middle after Houssem Aouar went down in the area under a challenge from Rodrigo Bentancur.

Depay also conceded a penalty at the end of the first half after Miralem Pjanic's free kick hit his arm. Ronaldo converted and doubled his tally on the hour mark when he curled a fantastic strike into the top right corner. It extended his all-time record in the competition to 131 goals. That was Ronaldo's 37th goal in all competition for Juventus, breaking a 95-year-old club record.

Ronaldo went close to scoring the goal that would have seen Juventus through but headed a corner narrowly over the bar from close range. Key Juventus forward Paulo Dybala was recovering from a thigh injury and was on the bench. He was brought on in the second half but had to be substituted just 14 minutes later.

It was Juve's earliest elimination from the competition since the 2015-16 season. The club has, however, struggled to transfer its domestic domination to Europe and it hasn't won the Champions League since 1996.