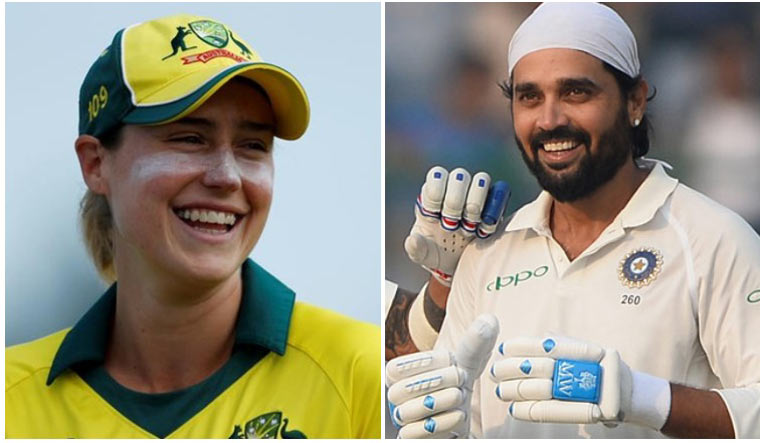 “Murali Vijay has done it again!” Or so, the netizens say. Days after Australia all-rounder Ellyse Perry and husband Matt Toomua, who is a rugby union player, officially announced the end of their four-year-old marriage, netizens are trolling India opener Murali Vijay for it.

Perry and Toomua got married in December 2015. “It’s with the greatest of respect for one another that we decided to separate earlier this year,” the pair said in a joint statement on Saturday. “We felt this was the right course of action and is in the best interests of each other and our current lives. This is something that has evolved and is a mutual decision. Throughout our relationship we have remained private and we ask that our space and privacy continue to be respected during this difficult time for both of us.”

Soon after this exchange, netizens had been 'warning' Toomua, albeit on a lighter note, to be 'watchful' of Tamil Nadu batsman, who is married to Nikita—former wife of India wicketkeeper Dinesh Karthik.

So, once the news of the separation of Perry and Toomua became official on Saturday, social media was flooded with memes about Vijay.

Ellyse Perry and her husband split after five years of marriage.

Toomua plays for Melbourne Rebels in Australia's Super Rugby competition, while Perry has represented Australia in 8 Tests, 112 ODIs and 120 T20Is, scoring over 4,800 runs and picking up 297 wickets.