We were 'raw' in Rio but will be a much stronger side in Tokyo: Savita 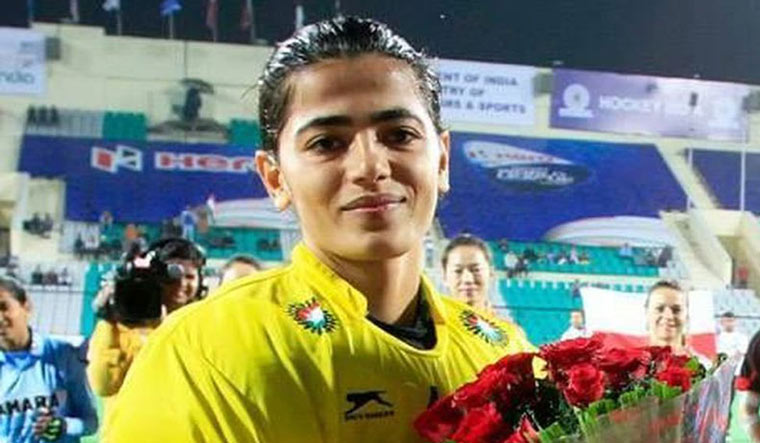 Women's hockey goalkeeper Savita says the Indian team was inexperienced at the Rio Olympics but has since then transformed into a competitive side in the last four years and it stands a good chance of making history in next year's Tokyo Games.

The Indian women's hockey team had created history when they qualified for Rio Olympics after a gap of 36 years. But that joy was shortlived as they crashed out in the group stages.

"I feel our team was raw at that time and we made a few mistakes. Now, we have a much stronger side and I am sure we will be able to put the nightmare in Rio behind us. The experience at the Olympic Games will certainly hold us in good stead for the next one in Tokyo," Savita was quoted as saying in a Hockey India release.

"I think we have a great chance to make history at the Tokyo Olympics. We have a good mix of experience and youngsters in our side and all our bases are covered. We have competed against top teams in the recent past and we have a strong belief in our abilities. If we play to our potential, we will surely win a medal for India at the Olympics next year."

The 30-year-old custodian from Haryana, who was part of the Rio squad, believes the team is much improved now, evident from its recent performances against top sides.

"We have certainly changed the way we operate on and off the field since the 2016 Olympics. We have recorded great victories in the last four years which includes Asia Cup 2017 and FIH Women's Series Finals Hiroshima 2019," said Savita.

"It was absolutely amazing to book a berth at the Tokyo Olympics through the FIH Olympic Qualifiers 2019 in front of our home crowd."

Savita recalled her experiences of the Rio Olympics, saying the entire team was buzzing with excitement to be just a part of the quadrennial sporting extravaganza after 36 years.

"The Olympic Games will always be the pinnacle tournament for any sportsperson. All of us dream of not just participating in the competition, but also of winning a medal for our country. It was fantastic to take part at the Rio Olympics in 2016," she said.