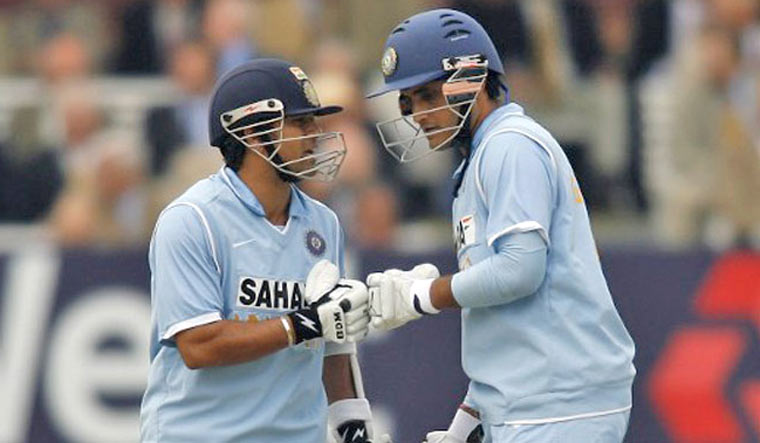 The year 2007 was a roller-coaster of sorts for Indian cricket. First came the shocking first-round exit of the Men in Blue from the ICC 50-over World Cup in the West Indies, after humiliating losses to Bangladesh and Sri Lanka. There were protests in the country against the players and coach Greg Chappell. The latter resigned soon after, with then captain Rahul Dravid, too, quitting captaincy later that year.

Then came the tour of England, where Team India managed to win the three-Test series 1-0, but lost the ODI series 4-3.

Soon after that was the inaugural ICC T20 World Cup in South Africa. Some of the senior players came to South Africa directly from England. Dravid had opted out of the T20 World Cup to make way for the youngsters. He managed to convince other senior players like Sourav Ganguly and Sachin Tendulkar to follow his example, revealed the then Indian team manager Lalchand Rajput.

The young Indian side, captained by Mahendra Singh Dhoni, pulled off a thrilling five-run win over arch-rivals Pakistan in the final to lift the maiden title.

“Yes, it is true (Dravid persuading Tendulkar and Ganguly not to play the 2007 T20 World Cup). Rahul Dravid was the captain in England and some players came directly from England to Johannesburg (for the T20 World Cup). They said let’s give an opportunity to the youngsters,” Rajput told Sportskeeda.

“But after winning the World Cup, they must have repented it because Sachin always kept on telling me that I am playing for so many years and I have still not won the World Cup,” he added.

Dravid's decision to quit captaincy and the T20 triumph paved the way for the Dhoni era. Recalling the wicketkeeper-batsman's leadership skills, Rajput said that his style of captaincy was an amalgamation of Dravid and Ganguly.

“To be very honest, Dhoni was very very calm and used to think two steps ahead of the opponent and he was always a thinking captain. He was a mixture of Ganguly and Rahul Dravid.

“Ganguly used to give players the confidence and he was the one who changed the mentality of the Indian team. He was very aggressive. So, I think Dhoni carried it forward, because even he gave opportunities to players and if he saw potential in someone, he used to give him ample opportunities,” the 58-year-old said.