Sreesanth in with a big chance to make Kerala comeback 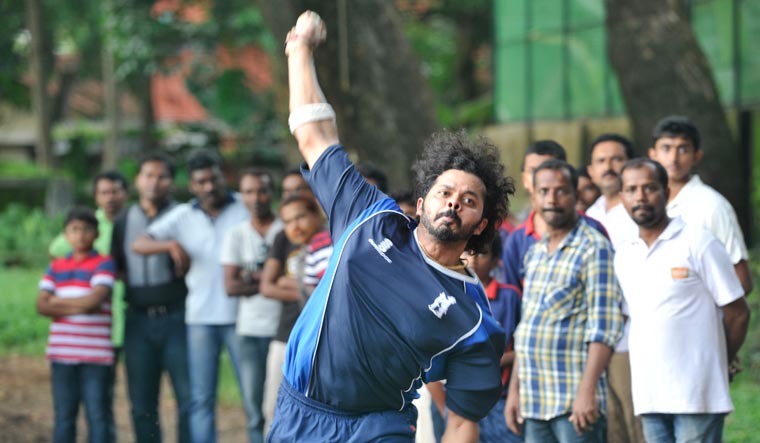 Seven years after he was banned from cricket for his alleged involvement in the Indian Premier League (IPL) spot-fixing, decks have been cleared for S. Sreesanth’s comeback to the Kerala Ranji team. The mercurial fast bowler’s ban, which was later reduced to a seven-year suspension, is set to end in September and with pace spearhead Sandeep Warrier moving to Tamil Nadu, Sreesanth stands a bright chance of making a comeback provided he clears the fitness test and impresses in the selection camp.

“KCA is ready to welcome back Sreesanth. He will have to clear the fitness test to get into the camp. He’s an experienced bowler for sure,” said Kerala Cricket Association (KCA) president Sajan K. Varghese.

Sreesanth, who has played 27 Tests, 53 One-Day Internationals and 10 T20 Internationals besides 73 first-class matches, could guide the pace trio of Basil Thampi, M.D. Nidheesh and K.M. Asif in Warrier’s absence.

At 37, age is not Sreesanth’s ally, but the Kochiite will be determined to prove a point.

A big plus for Sreesanth is that former pacer and Kerala’s first Test player Tinu Yohannan has taken over from Australian Dav Whatmore as the new head coach of the team.

“If he’s fit and can stand the rigours of first-class cricket, why not pick him,” said Tinu.

The Board of Control for Cricket in India (BCCI) had banned Sreesanth for life in August, 2013, along with Rajasthan Royals teammates Ajit Chandila and Ankeet Chavan, for his alleged involvement in the 2013 IPL spot-fixing scam. However, the Supreme Court set aside the BCCI disciplinary committee’s order in March, 2019.

BCCI Ombudsman Justice (retired) D.K. Jain ordered in last August that “ends of justice” would be met by making it a seven-year suspension and that Sreesanth could return to cricket this September.

This article was originally published in Onmanorama