When Irfan Pathan lent a helping hand amid COVID-19 crisis 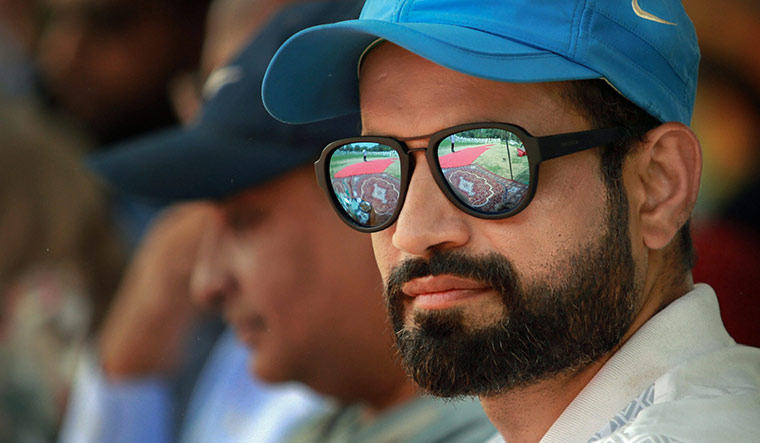 Cometh the hour, cometh the man.

One of the rare positives that has come out of the COVID-19 pandemic is that the crisis has brought out the best in several people across the globe. Be it the health workers or some leaders, or film stars or sportspersons, there have been heart-warming instances of humanity amid the gloom of the pandemic.

Former India all-rounder Irfan Pathan has proved to be a saviour for the needy in these times of adversity. He, along with his brother and former India international Yusuf, have been doing their bit without blowing their own trumpet.

The duo donated 4,000 face masks to the poor. In a video shared on Twitter, Irfan said that he and his brother bought the masks in the name of the Mehmood Khan Pathan Charitable Trust, which is run by their father, and that the masks will be distributed to Vadodara health department, who will, in turn, distribute it to the needy.

The Pathan brothers also distributed sanitisers and food in an underprivileged neighbourhood in Vadodara. They, reportedly, distributed around 5,000kg of rice, 5,000kg of wheat, 700kg of potatoes and other food packets to ones in need.

Recently, another two instances of Irfan Pathan's kindness came to light. With IPL 2020 delayed due to the COVID-19 pandemic, a Chennai-based cobbler Bhaskaran was in dire straits as he used to make good money during the tournament. He was, reportedly, a regular at the MA Chidambaram Stadium in the city, and was associated with the M.S. Dhoni-led Chennai Super Kings. With no IPL-related work, Bhaskaran's earnings took a major hit. When Pathan got to know about it, he got in touch with him and sent him Rs 25,000. Pathan was picked by the Chennai club in 2015 but was injured.

Last year, the junior Pathan, along with former India players VVS Laxman and Aakash Chopra, had helped out a Star Sports staff in the pantry, whose daughter was unwell.

He did the same thing along with @cricketaakash @VVSLaxman281 and many others last year. This was for 1 of our Star Sports staff who works in the pantry. Told them his daughter was extremely unwell. No questions asked. Transferred the money within a day of hearing the news 🙏🙏