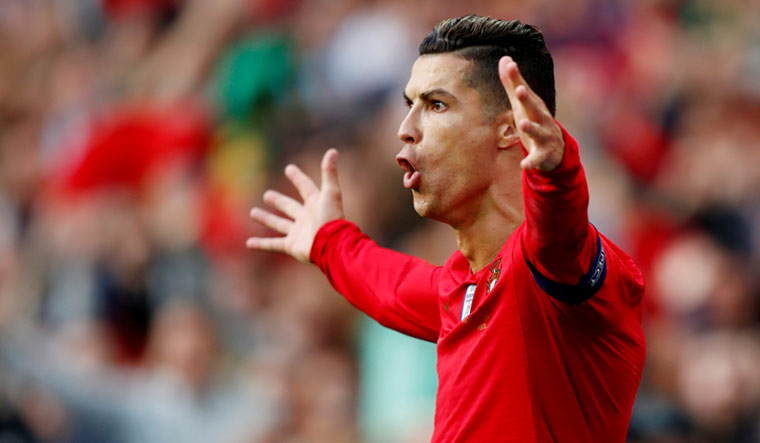 Cristiano Ronaldo beat Lionel Messi to become the first footballer in history to earn $1 billion, across his playing career. He was the highest earning sports athlete on Instagram during the lockdown according to a research report by Attain for the period of March 12 to May 14.

Second on that list is Argentina and Barcelona striker Lionel Messi, who earned $1,646,909.80 during the lockdown period for his four sponsored posts. One-time Messi's teammate and current PSG star striker Neymar is third on the list earning $1,511,085.72 in total.

According to Forbes, the Portuguese superstar and Juventus striker earned $105 million before taxes and fees in the past year.

The 35-year-old striker is only the third athlete, and only footballer, to hit the $1 billion-mark while still active. Golf champion Tiger Woods achieved it in 2009, while boxer Floyd Mayweather did it in 2017.

Ronaldo is the first to reach the milestone in a team sport. He has earned $650 million on the pitch in his 17-year-old career so far, and his earnings are expected to reach $765 million when his current contract ends in June 2022.

Cricket superstar Virat Kohli remained the only Indian in the Forbes list, with earnings of $26 million, jumping to the 66th spot from 100 in the 2020 standings.

Kohli's earnings from endorsement stand at $24 million and $2 million from salary/winnings. The 31-year-old is also the only cricketer in the top-100 list.

The athletes' earnings have been impacted by the COVID-19 pandemic which led to suspension of sporting activities all around the world.