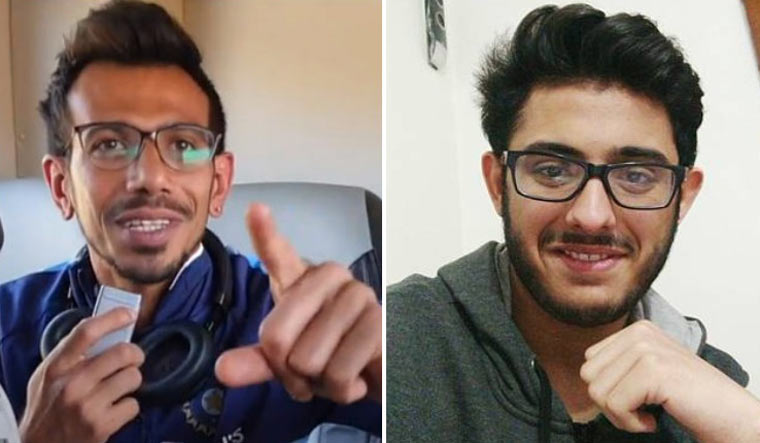 The stand-off between the users of TikTok and YouTube have been going on for some time now, especially after YouTuber CarryMinati (Ajey Nagar) dropped a video titled ‘YouTube vs TikTok – The End’. India cricketer Yuzvendra Chahal has been dragged into the dispute after he posted a tweet in support of Nagar.

As the battle to determine which video content sharing platform is better rages on, Chahal, who is a regular TikTok user, tagged Nagar’s Twitter account and tweeted, “Waiting YALGAAR”. This was in response to Nagar’s tweet “Yalgaar… coming soon”.

Nagar’s video ‘YouTube vs TikTok – The End’ was taken down by YouTube a week after it was uploaded, citing violation of their policy on bullying. Nagar had tweeted “Yalgaar… coming soon” to share his side of the story after YouTube took down the video. The video had reportedly garnered 70 million views before it was taken down.

Following Chahal’s tweet, however, TikTok fans bombarded him with memes and taunts for showing support to Nagar who continuously ‘roasts’ the video sharing platform and its users.

Chahal has been quite active on TikTok, like many other celebrities and fellow cricketers, during the COVID-19 lockdown. It is especially because he is an ardent user of TikTok app that fans were irked and criticised him over his tweet in support of CarryMinati.

Nagar, in his new video, has said that his comments were taken out of context and he was targeting a group of TikTok users and not individuals. He added that when people translate his jokes from Hindi to English, the meaning changes drastically. Apart from Chahal, many others have extended their support to Nagar and his channel, while trending hashtags to restore the video that was taken down.