The Brazil icon puts an end to the ‘GOAT’ talks 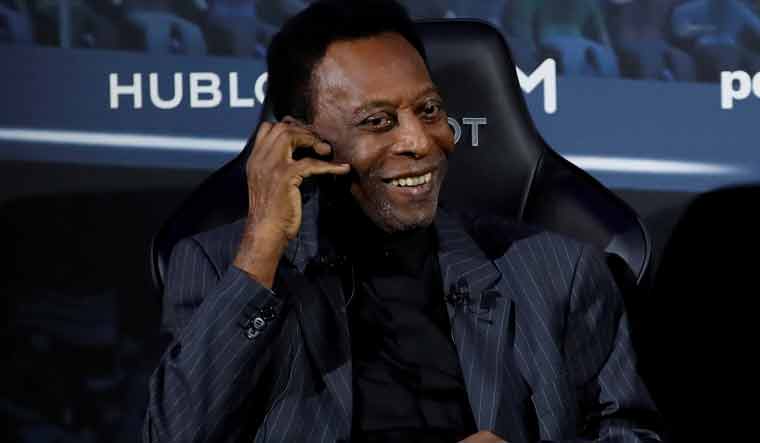 Brazilian legend Pele has picked his choice for the most ‘complete’ player in football. Cristiano Ronaldo and Lionel Messi have had the football world divided when it comes to ‘GOAT’ talks. The duo have been leagues ahead of the rest of the players for many years now and have been consistent at it. Pele has made his pick and it is Lionel Messi.

Speaking to Gazzetta dello Sport via Sporstar, Pelé said: “He [Messi] is a skilled player, gives assists, passes, scores, dribbles well. If we were in the team together, the opponents should worry about two players, not just one! Today, Messi is the most complete player.” He also said he would love to play alongside the Argentine.

While Pele is all praise for Messi and Ronaldo, he doesn’t think much of the current era. He feels there are fewer names currently that have proved to be great than the olden era. “Once, you found two or three in every country with a great football culture. “Eusébio, [António] Simões, [Johan] Cruyff, [Franz] Beckenbauer, [Diego] Maradona, Garrincha, Didi. How many did I say? There were so many. Today, we have two or three in all. Messi, Ronaldo, I would say Neymar ­- who in Brazil has not yet managed to become a great figure,” said Pele.

Pele has criticised Neymar in the past but he feels the Brazilian has what it takes to make it. Neymar missed out on Brazil’s famous 7-1 thrashing at the hands of Germany in the 2014 FIFA World Cup and missed out on Brazil’s Copa America win in 2019. All the misses have been due to injuries. Known for his on-field antics that has irked many, Neymar has done remarkably well for PSG ever since he moved to Paris. Despite on and off-field controversies, he still remains PSG’s talisman.