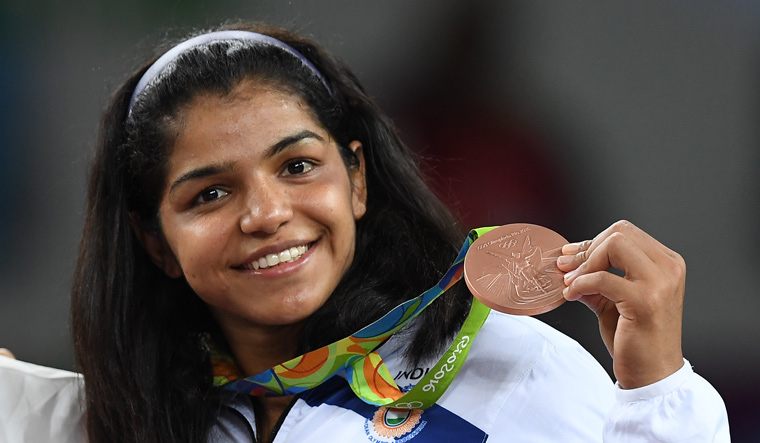 [File] Sakshi Malik is expected to continue training for the Olympics | R.S. Gopan

Grappler Sakshi Malik has not had the best of results ever since her historic bronze medal winning feat at Rio Olympics. The clock was ticking as far as her ambitions to compete at the 2020 Tokyo Olympics was concerned. The bronze at the Commonwealth Games in 2018 via repechage was the brightest spot, but thereafter her efforts to make it to the Indian team for qualification events and other big ticket competitions have not met with desired results. In addition, she was beaten twice by 18-year-old upcoming star Sonam Malik in her 62 kg weight category during trials for national team selection. This saw her missing the chance to take a shot at the Asian Olympic Qualifiers in February this year, leaving her with only once last chance to work towards making it to world qualifiers.

However, with the coronavirus pandemic wreaking havoc on sporting events, the Asian qualifiers, which was to be held originally in Xian, China and then moved to Bishkek, Kyrgyzstan from March 27, got postponed. With lockdowns announced across the globe, all competitions and training have come to a halt. After the announcement of new dates for the Tokyo Olympics, the United World Wrestling decided that all continental qualifiers would be held on the same dates and months as they were supposed to this year and at the same venue. The remaining continental qualifiers will remain in the month of March and take place in their original host cities. The “last chance” qualifier will be held at the end of April in Sofia, Bulgaria.

Now, Sakshi has been given a new lease of life as she aims for Olympic glory. Speaking to THE WEEK, the wrestler from Haryana welcomed the decision to postpone the Olympics. “Olympics is next year, there is no change in training. Right now, I may be slightly away  from wrestling-specific training, but I am trying my best to stay fit during this time. The whole world is under a lockdown. After this, I shall resume mat training. I will try my best to improve further in areas where I had to work, I have got more time.”

The chief national coach for women’s wrestling team Kuldeep Malik bemoaned the postponement saying that his girls were well prepared ahead of the crucial qualifiers. He stated that a fresh trial will happen for the qualifiers next year.

“Yes, we will have to start from scratch with our preparations. The entire team was fit, in form and injury-free right now. However, the postponement is the same for all wrestlers across the world so it won’t matter. But yes, we will have to go for fresh trials that will be held before the Asian qualifiers next year in March. I am very confident our girls will qualify for Tokyo.”

Sakshi, who is supported by JSW sports, was first training along with her husband Satyavarth Kadiyan at Inspire Institute of Sports, Vijayanagar and then at the SAI centre in Lucknow during the national camp, is now back at home in Rohtak, Haryana.

Speaking on the lockdown affecting her training, Sakshi said, “Mentally and psychologically, it has some impact. Mat training has not been happening nor matches. Ours is a contact sport, and we cannot do so without partners. As soon as we resume it, will focus on mat training,” she said.