He was trolled brutally for the hilariously wrong caption on Twitter 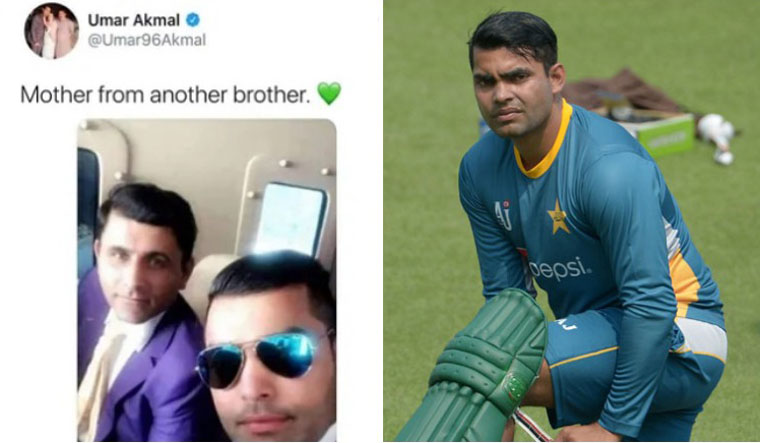 Out-of-favour Pakistan batsman Umar Akmal has been in the news recently for all the wrong reasons. Earlier this month, he reportedly misbehaved with a fitness trainer at the National Cricket Academy, exposing himself and asking “where is the fat?”. The wicketkeeper batsman is said to have removed his clothes in frustration after he underwent a fitness test and failed to get the required points.

To add to his cup of woes, his well-intentioned caption for a picture with former Pakistan all-rounder Abdul Razzaq on Twitter went hilariously wrong today. Sharing the picture, Akmal wrote “Mother from another brother”, when he obviously meant “Brother from another mother”.

THE WEEK could not verify the authenticity of the tweet.

Though he reportedly deleted the tweet soon after, probably after realising his mistake, users took screenshots of the post and shared it on social media. The 29-year-old cricketer was brutally trolled for the blunder, with #umarakmalquote and #umarakmalquotes trending on Twitter.

Akmal will be playing for Quetta Gladiators in the upcoming edition of the Pakistan Super League (PSL), which starts on Thursday. He last played for Pakistan in Tests in 2011, and has been in and out of the team in the shorter formats of the game.