Steve Waugh back at Eden Gardens in a new avatar! 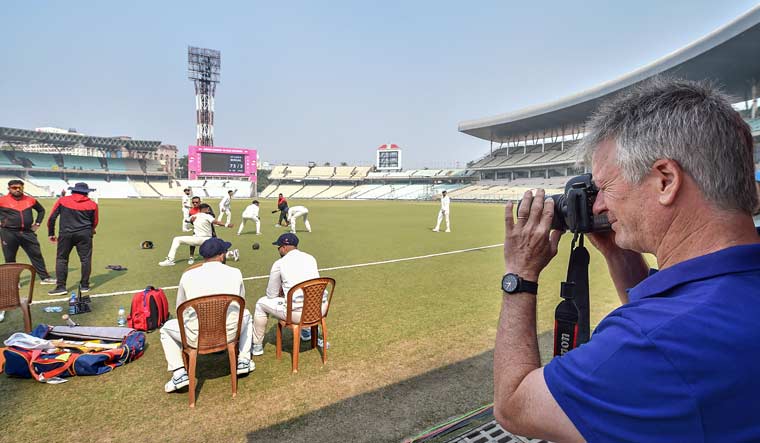 The day one proceedings of the Bengal-Delhi Ranji Trophy match on Monday saw a special visitor when former Australian captain Steve Waugh dropped in during the first session, albeit as a photographer.

Here on a two-day visit in connection with his upcoming book, the Australian great was seen in a shooting spree, taking shots of the Eden Gardens as well as those of the Bengal-Ranji fixture.

Later, he crossed the Gostha Paul Sarani and headed to the famous Kolkata Maidan.

Eden Gardens was the venue of the memorable Test in 2001 when Australia lost to India after V.V.S. Laxman and Rahul Dravid's epic stand after following on.

Clad in black shorts and blue T-shirt, Waugh first went to the Police AC ground and then to the Calcutta Customs and was seen taking photos from different angles.

Waugh was seen lying flat to take ground level shots of the bowlers' in action, as he also clicked the batsmen in action, looking like an expert photographer.

On Sunday, Waugh had spent time at the Udayan Children's Home at Barrackpore on the outskirts of Kolkata.

Known for his philanthropy, Waugh has devoted much time to charity—most notably through his patronage of the Udayan Children's Home.