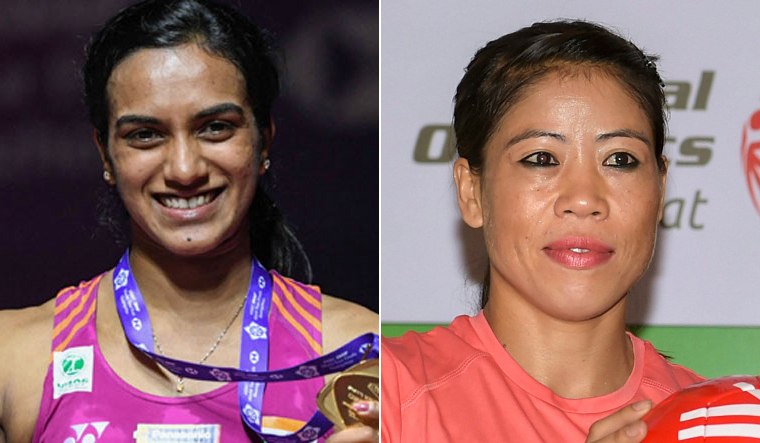 In a first, the sports ministry has send all women names for the Padma awards this year. Six-time world champion Mary Kom has been recommended for the prestigious Padma Vibhushan, the country's second highest civilian honour. She was honoured with the Padma Bhushan in 2013 and Padma Shri in 2006. Ace shuttler PV Sindhu has been recommended for the Padma Bhushan. She was nominated for the same award in 2017 but did not make the final list. She was conferred with the Padma Shri in 2015.

The other 7 recommendations are all for Padma Shri. These include Vinesh Phogat for wrestling, Suma Shirur for shooting, Harmanpreet Kaur for cricket, Manika Batra for table tennis, Rani Rampal for hockey and Tashi Malik and Nungshi Malik for mountaineering.  Tashi and Nungshi are twin sisters.

Should Mary Kom be awarded the Padma Visbhushan, she would become only the fourth sportsperson to to achieve the feat after Vishwanathan Anand in 2007, Sachin Tendulkar in 2008 and Sir Edmund Hillary who was posthumously awarded in 2008. The names of the awardees will be announced on the eve of Republic Day next year.