Mohammad Nabi to retire from Test cricket after Bangladesh match

Nabi played in his side's first-ever Test win against Ireland 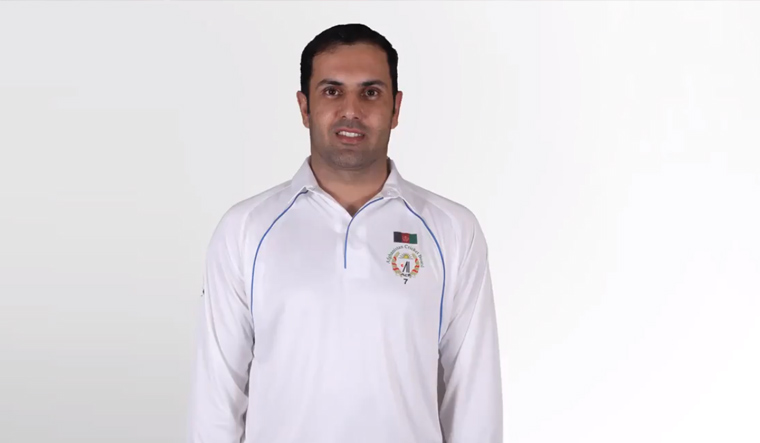 Former Afghanistan captain Mohammad Nabi has announced his decision to retire from Test cricket after the ongoing one-off match against Bangladesh.

The 34-year-old seasoned all-rounder, who has featured in three Test matches for Afghanistan, including the landmark maiden game against India last year, will continue to play white-ball cricket.

He wants the country's youngsters to take centre stage in the longest format.

"Test cricket is an important format that every cricketer wants to play. I have served Afghanistan for the last 18 years. It was my dream as well to help Afghanistan obtain Test status and that dream is realised now," Nabi said in a video message released by the Afghanistan Cricket Board.

"We have a maximum of 1-2 Test per year and I want, instead of me, that a young player gets to play, since the emerging youngsters are playing well in domestic cricket. I want them to get the chance they deserve so that we have a good Test team in the future as well."

Experienced all-rounder @MohammadNabi007 announced his retirement from Test cricket confirming that the ongoing one-off match against @BCBtigers will be his last in the longest format.

Nabi has played an important role in the rise of Afghanistan cricket at the world stage in recent years, featuring in the country' first-ever Test, T20I and ODI.

Besides featuring in his side's first Test win, a seven-wicket victory in Dehradun over fellow red-ball newcomers Ireland in March this year, Nabi is also a regular in the in T20 circuit including playing in the IPL and the Big Bash League. He will continue to represent his side in the shorter formats of the game.

"I will strive to play ODIs and T20Is for Afghanistan as long as I am able to," he said.