Who is Manasi Joshi, who won gold at BWF Para Badminton World Championships? 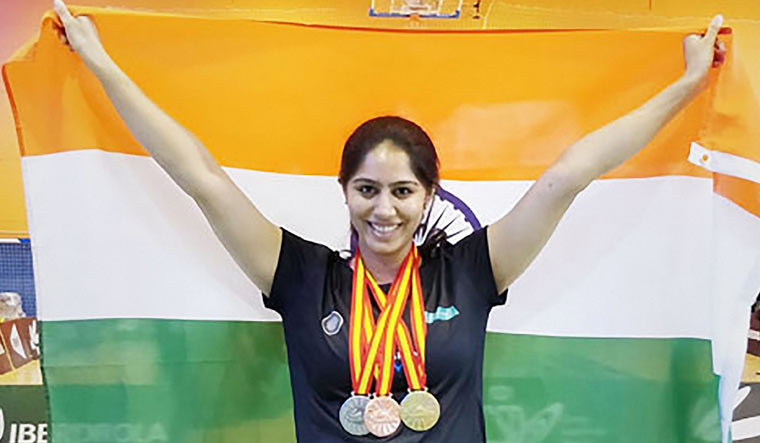 Sindhu steamrolled her nemesis Nozomi Okuhara of Japan 21-7 21-7 in just 38 minutes to clinch the elusive title. A day earlier, Manasi got the better of her compatriot Parul Parmar 21-12 21-7 in the final of the SL3 category of women’s singles. SL3 is a para-badminton category in which players are impaired in one or both lower limbs and have poor walking or running balance. Thus, India won both gold and silver in para badminton.

Amid the euphoria over Sindhu's win, Manasi tweeted her congratulations to the Olympic silver medallist, and humbly mentioned her own achievement in a matter-of-fact manner in the tweet.

It was the first gold in singles for 30-year-old Manasi. The electronics engineer from Rajkot took to badminton when she was around nine. She played at school and district levels. In 2011, she met with an accident on her way to work when a truck hit her two-wheeler, and her left leg had to be amputated. Not one to give up, Manasi started walking on a prosthetic limb by 2012. She took part in an inter-company badminton championship, which she won. She also learnt scuba diving.

Manasi decided to turn pro in 2014. Her major break came the next year when she won the silver in mixed-doubles at the Para Badminton World Championships. She had won the bronze in the same tournament in 2017 in singles.

Manasi trains at Pullella Gopichand’s academy in Hyderabad, and has set her sights on the Tokyo 2020 Paralympics.

With the nation celebrating Sindhu's triumph, para shuttler Sukant Kadam had tweeted requesting for an opportunity for the para badminton team to meet Prime Minister Narendra Modi, and seek his blessings.

"130 crore Indians are extremely proud of the Indian Para Badminton contingent ... Congratulations to the entire team, whose success is extremely gladdening and motivating. Each of these players is remarkable," PM Modi tweeted.

The medal winners met Sports Minister Kiren Rijiju over lunch at the Sports Authority of India and were handed over cheques worth Rs 1.82 crore. The gold medal winners were given Rs 20 lakh, the silver medallists were given 14 lakh and bronze winners Rs 8 lakh each. Winners in the doubles events won Rs 15 lakh each for gold, Rs 10.5 lakh each for silver and Rs 6 lakh for bronze.