How 'cheeky' Yuvraj responded to Akhtar's criticism of Archer! 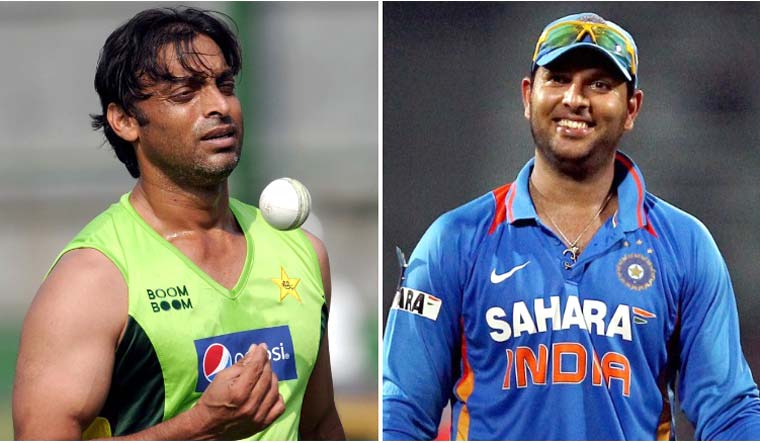 Former India all-rounder Yuvraj Singh on Monday reminded Shoaib Akhtar how he would warn batsmen while checking on them after nasty bouncers following the ex-Pakistan pacer's criticism of Jofra Archer's conduct in the Ashes.

Akhtar, on Sunday, slammed Archer for not showing the basic courtesy of checking on Smith after the Australian batsman was felled on the ground by his nasty bouncer during the second Ashes Test in London.

"Bouncers are a part & parcel of the game but whenever a bowler hits a batsman on the head and he falls, courtesy requires that the bowler must go & check on him. It was not nice of Archer to just walk away while Smith was in pain. I was always the first one to run to the batsman," Akhtar tweeted.

In response, Yuvraj wrote, "Yes you did! But your actual words were hope you're alright mate because there are a few more coming."

During his fiery spell on the fourth day of the second Ashes Test at Lord's on Saturday, Archer struck Smith twice—first on his forearm and then on the unprotected back of his neck by a bouncer that clocked 92.4 miles per hour.

The body-blow forced Smith to retire hurt while batting on 80. After a concussion test, Smith, however, returned in less than an hour to take the crease even as a section of English crowd booed the batsman.

The former skipper was eventually dismissed when he shouldered arms to a straight ball from Chris Woakes, just eight runs short of a century.

The blow ruled Smith out of the match as Marnus Labuschagne became the first concussion substitute in Test history.

There are doubts over Smith's availability for the Leeds Test beginning on Thursday.