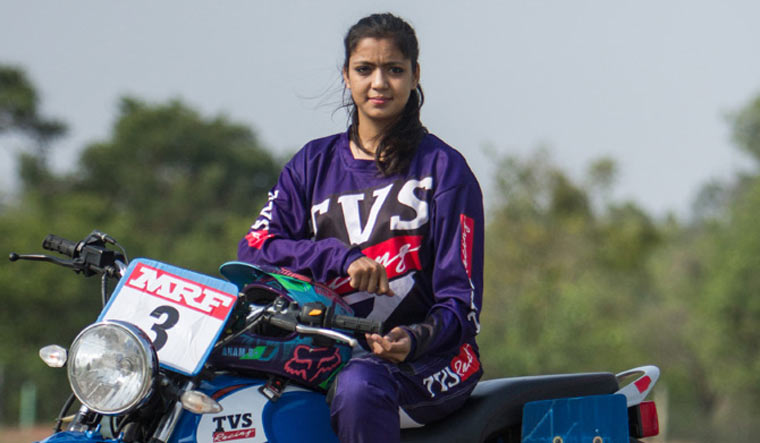 Bengaluru-based Aishwarya Pissay became the first Indian to win a world title in motorsports after winning the FIM World Cup in women's category. She made history after finishing fourth in the last round of the championship in Varpalota, Hungary on Monday.

The FIM World Cup was conducted by the International Motorcycling Federation, the governing body for motorcycle racing.

Aishwarya won the first round in Dubai, and accumulated 52 points after coming in third in Portugal and fifth in Spain. At the end of the last round in Hungary, Aishwarya earned 65 points in total, four ahead of her nearest rival, Portugal's Rita Vieira.

Aishwarya completed all four rounds of the race and it worked to her advantage, giving her crucial points that boosted her final tally.

READ: Motor on: Aishwarya Pissay is raring to go

The 23-year-old also finished second in the FIM Junior category, competing against both men and women. She earned 46 points, 14 points behind championship winner Tomas de Gavardo of Chile. Aishwarya intends to make her mark in the Dakar Rally next.