There's only so much a robot can do

How can we make the best use of robots in shared urban spaces? 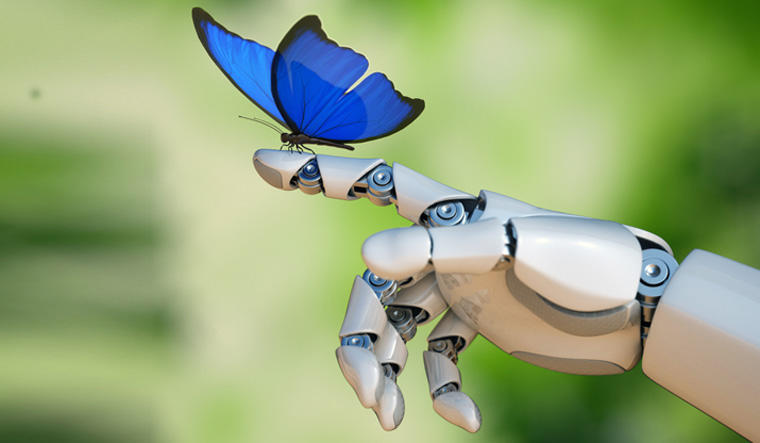 New cities should not be built to cater for robots and technology; instead robots must adapt to live with humans in existing cities.

Imagine a city of the near future where robots roam freely. They scoot along smooth footpaths, nimbly avoiding obstacles as they deliver groceries and medicines.

They glide through supermarket aisles, detecting spills and mopping them up before anyone can slip.

Robots are already doing these tasks. However, the utopian vision of efficient and problem-free robot helpers is a long way from reality. Recent reports highlight some difficulties: they have had trouble recognising people using wheelchairs on shared footpaths.

They have been labelled creepy and useless', and suspected of following shoppers for unknown reasons. In busy restaurants, they cannot navigate narrow aisles or customers' bags and coats.

So how can we make the best use of robots in shared urban spaces?

Cities are complex, dynamic and diverse this is part of the reason so many of us enjoy living in them.

But their unpredictability is what robots struggle to cope with. While some robots can operate successfully in shared city spaces, many can't and there is a long way to go before they'll be able.

There are several reasons for this. Most importantly, the complexity of apparently simple tasks is an ongoing technical challenge.

Although advances are constantly being made, research by Monash University found that there are fundamental reasons related to the logic of their programming that shape how robots perceive the urban environment.

The study found the growing army of robots has distinct ways of understanding the city through what is called robotic logics'. Two things are essential to their success: Predictability and connectivity.

Robots work best in situations where there are no surprises and where connectivity to bigger data networks which robots rely on to sense, categorise and make decisions about the world around them is available and reliable.

One solution is to design environments that are easier for robots to navigate. Early examples are warehouses where people and robots are kept separate to avoid accidents. Or dedicated road lanes specifically for driverless vehicles, as has been proposed in New South Wales.

While such responses might be great for robots, by prioritising their needs, they risk diminishing what people value about urban environments by simplifying them to a level that robots can manage.

Instead, the question is to ask how robots can best negotiate the hurly-burly of our cities. Studies have shown people can tolerate glitches or failures in the technologies they use, as they come to understand their limits.

This means that even when people's expectations of robots are not met because people often imagine that robots are more capable than they really are they can still find ways to work with them.

So, restaurant workers with concerns about whether they will be replaced by delivery robots find that a crowded dining room will possibly literally trip up a hapless robot, so they only use the machine when the restaurant is less crowded.

There is growing acceptance that robots perform quite simple tasks and people can step in to help when necessary.

This means thinking of robots less as replacements for human labour and instead as partners or helpers, akin to working animals, such as guide or cattle dogs.

A team from Monash University used an experimental scenario of a lost child in a shopping centre to explore how people understood a robot's limits.

They found people wanted to step into the role of decision-maker and leave less sensitive tasks such as information about shop locations to a robotic helper.

Another important shift in thinking is required in policy and regulation. Policies can sometimes struggle to keep up with quickly evolving technologies.

Researchers have developed a checklist to help policymakers grapple with the complexity of new technologies and to guide policies on robots in public spaces.

This list links to the classic goals of public policy analysis which include defending people and property, promoting human flourishing, promoting efficiency and promoting social equity.

For now, robots work best when their environments are predictable - and it is hard to assume how future cities would adapt to their needs.

This means that rather than thinking about how we can simplify cities to accommodate robots, we need robots that work in existing urban environments in all their diversity and complexity.

To do this we must recognise the limits of robots' capacities and focus on how best to collaborate with them. If we can address this, then we can support the sustainable and fair introduction of robots into our shared urban spaces.

This is a challenge that needs to be addressed collectively by roboticists, policymakers, end-users of robots and urban residents alike.