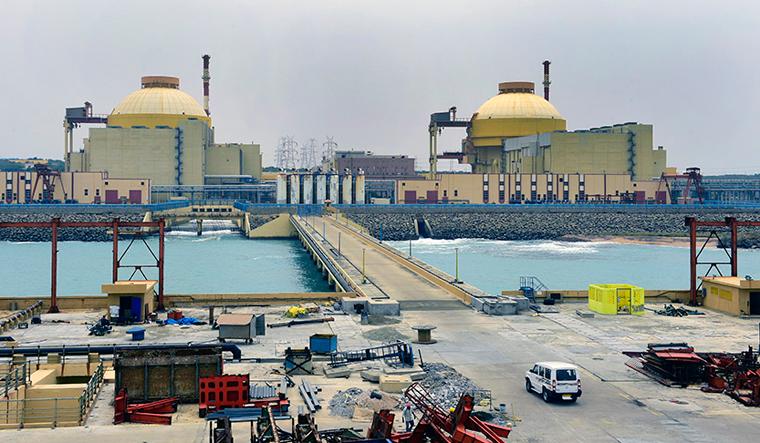 Russia’s state atomic energy corporation Rosatom has supplied the first batches of highly efficient and upgraded nuclear fuel to the Kudankulam Nuclear Power Plant (KKNPP) in Tamil Nadu. The new fuel is cost-effective and reliable compared to the UTVS fuel model, which was earlier supplied to the KKNPP.

“The TVEL fuel company of Rosatom has supplied the TVS-2M nuclear fuel for units one and two of the Kudankulam Nuclear Power Plant (KKNPP) in order to increase the economic efficiency of the plant. After the next refuelling, the VVER-1000 reactor at unit 1 will begin operating on a 18-month fuel cycle,” Rosatom said in a statement.

TVS-2M fuel assemblies have several advantages, said the statement, making them more reliable and cost-efficient. “First, it is the rigidity of a bundle: because of the welded frame, the fuel assemblies in the reactor core retain their geometry, the spacer grids protect fuel rod cladding from fretting wear (preventing from depressurization), and the additional spacer grid makes fuel assemblies more vibration-resistant. Secondly, the new fuel has increased uranium capacity - one TVS-2M assembly contains 7.6 per cent more fuel material as compared to UTVS.”

Besides, the special feature of the Kudankulam fuel in particular is the new generation anti-debris filter ADF-2, protecting bundles from debris damage, which may be caused by small-size intrus objects in the reactor core. Operation in longer fuel cycles also enhances economic efficiency of a plant, as reactors have to undergo stoppage and refuelling less frequently, so the power units produce more electricity. Besides, the power plant needs to purchase less fresh fuel, and as the result, has to deal with smaller amounts of spent nuclear fuel, which also requires expenses.

“We offer to our foreign clients the solutions which have proved successful performance at the Russian nuclear power plants. TVS-2M fuel is efficiently operated in 18-months fuel cycle at Rostov NPP and Balakovo NPP in Russia, as well as Tianwan NPP in China. Fuel bundles with ADF-2 anti-debris filter have also showed good results at Rostov NPP. Besides, all VVER-1000 reactors in Russia operate at higher capacity, 104 per cent of the nominal, and this experience is also a matter of interest of nuclear power plants operators abroad,” Alexander Ugryumov, senior vice president for research and development at TVEL, said.

KKNPP is the largest nuclear power plant in India, involving six VVER reactors. The plant involves the construction of six units with VVER-1000 reactors with an installed capacity of 6000MWe. The first stage - units 1 and 2 - was put into operation in 2013 and 2017. Units 3-6 are under construction.