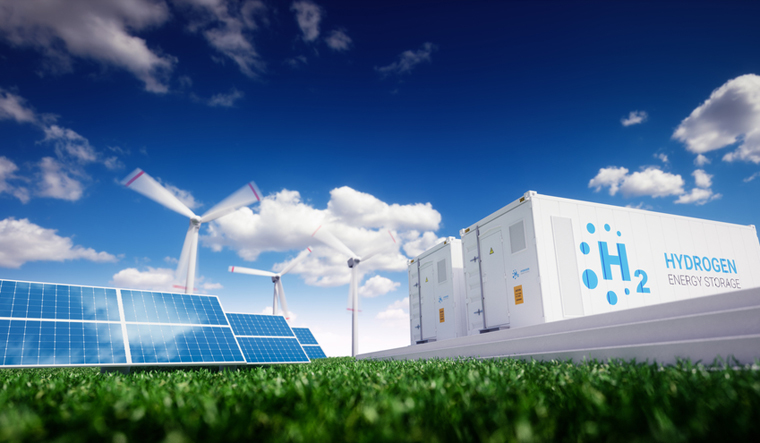 Pursuant of worldwide efforts in developing clean and renewable energy, the IIT-G researchers are developing novel materials that can use sunlight to split water into hydrogen and oxygen, said a release from the Institute on Monday.

"These materials are much cheaper than the noble metals' currently used and could lead to cost-effective solar-powered hydrogen generators", stated the release.

On the area of research for the team from the Department of Chemistry at IIT Guwahati led by Dr Mohammad Qureshi, it said besides the commonly known solar cells' converting light directly into electrical energy, there is another type of sunlight-powered energy conversion system called PhotoElectroChemical' (PEC) that directly produce fuels in combination of electrical energy.

PEC cells use solar energy to split simple and safe compounds such as water into hydrogen and oxygen, hydrogen being a high-energy fuel that can be stored and used as needed, the release said.

"These cells are therefore considered the Holy Grail' to a carbon-free hydrogen economy", it added.

The IIT-G research team has reported their recent findings in the prestigious peer-reviewed Journal of Physical Chemistry Letters of the American Chemical Society.

The paper has been co-authored by Prof Mohammad Qureshi and Suhaib Alam.

Elaborating the importance of this research, Dr Qureshi, Professor in Department of Chemistry, IIT Guwahati, said, despite the promise, PEC cells are not yet a practical solution to the energy crisis because of the scientific bottlenecks such as the sluggishness of the water-oxidation process. Catalysts are used to activate the water-splitting process but these catalysts are expensive metals such as platinum, iridium and ruthenium, among others, which render the cells impractical.

The team at IIT Guwahati has developed non-noble metal catalysts that are as good as the expensive metals in splitting water in PEC cells, said Dr Qureshi.