‘Unidentified Aerial Phenomena’ says Pentagon, report due for June may be delayed 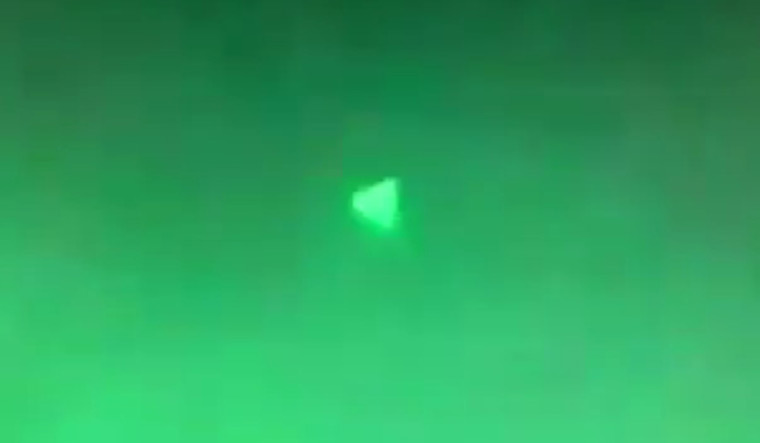 It’s not necessarily proof of aliens, but it is proof of something beyond current levels of understanding: Photos and videos of strange triangular-shaped objects, shot by Navy personnel in 2019, have been confirmed legitimate by the Pentagon, which says these are part of ongoing investigations.

The videos, shared by documentary filmmaker Jeremy Corbell, were taken by Navy personnel and show what appears to be a pyramid-shaped flying object.

The US Navy photographed and filmed “pyramid” shaped UFOs and “spherical” advanced transmedium vehicles; here is that footage.

Please visit my Instagram and https://t.co/5JMYxoo9sI to read all the details that I can share at this time. pic.twitter.com/58CXZ1ljAF

"As we have said before, to maintain operations security and to avoid disclosing information that may be useful to potential adversaries, DOD does not discuss publicly the details of either the observations or the examinations of reported incursions into our training ranges or designated airspace, including those incursions initially designated as UAP," spokesperson Sue Gough said to CNN.

She added that the Unifentified Aerial Phenomena Task Force, created in August to investigate UFO sightings observed by the military, has "included these incidents in their ongoing examinations."

In 2020, the Pentagon formed a task force to improve its understanding of what it calls unidentified aerial phenomena (UAP); a declassified report is expected before Congress in June this year.

While the concept of UFOs lends itself to the idea that these are alien spacecraft from another planet, UAPs as a term is a more broad-ranging one—and includes the possibility that these are experimental craft by other countries, that have been spotted by US Navy Assets and therefore investigated.

Speaking to CNN, a Pentagon spokeswoman confirmed that three UAPs, one sphere shaped, one acorn-shaped and one that resembled a “metallic blimp” had been spotted and photographed by Navy personnel.

However, Senator Marco Rubio told Fox Business that the report on UAPs may not come on time. The report is expected to unveil a “lot more sightings than have been made public”, with only some of these having already been declassified.

In April of 2020, the Pentagon declassified three previously leaked UFO videos, which at the time, represented t he most concrete proof yet of the so-called UFO phenomenon. Whether alien, Whether these are alien or man-made is what remains to be seen.