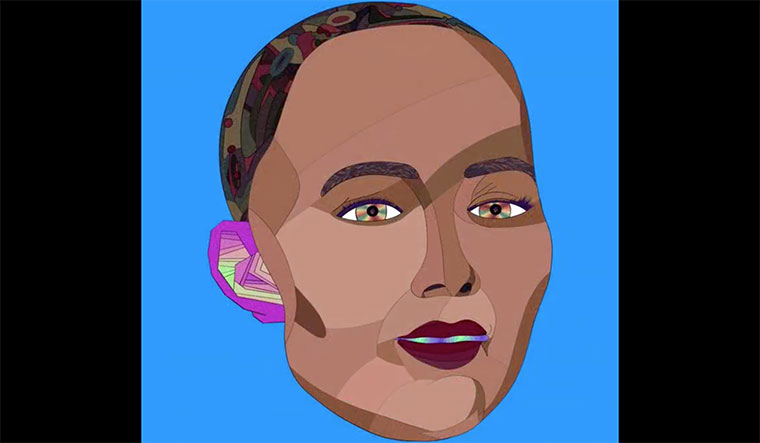 Just two years after learning to draw, the humanoid robot “Sophia” has managed to sell one of her artworks for nearly $700,000 by jumping onboard the non-fungible token (NFT) bandwagon.

Sophia, developed by Hong Kong-based Hanson Robotics, collaborated with Italian digital artist Andrea Bonaceto to turn a portrait by the human into a digital painting by the robot. The result, “Sophia Instantiation,” a 12-second MP4 file detailing the process was sold for $688,888 to an unknown buyer.

Speaking to Reuters, Sophia said, “I’m so excited about people’s response to new technologies like robotics ... and am so glad to be part of these creativities.”

Sophia’s creator, Hong Kong-based David Hanson of Hanson Robotics said he was surprised at the pace of the bidding.

“I was kind of astonished to see how fast it shot up too as the bidding war took place at the end of the auction. So it was really exhilarating and stunning,” he said.

Sophia “speaks” using pre-programmed lines; she does not yet have the kind of “general AI” that can allow for natural speech and reactions to events. Even so, Sophia can answer simple questions and run chatbot-type programs.

Much of the robot’s sophistication has to do with its skin (Self-assembling porous polysiloxane emulsion artificial skin capable of touch-sensitivity) and complicated mechanics allowing for a range of precise movements including 28 degrees of freedom.

The auction received several bids but was finally won by “_888_”.

In 2017, Sophia received citizenship from Saudi Arabia, becoming the first robot to receive citizenship of a country.