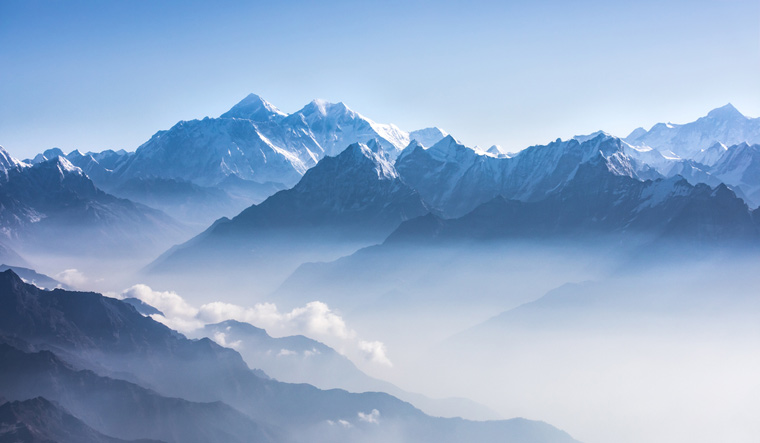 Snow trout, the iconic cold water fish species found in Himalayan rivers, would lose their habitat by 16 per cent in the next 30 years and by over 26 per cent by 2070, a new climate change study by the government's Wildlife Institute of India has found.

The study -- 'Is There Always Space at The Top'-- was published in the 'Ecological Indicators', a journal of high international repute based at the Netherlands, on September 6.

The study indicates that most of the lower altitude streams across the Himalayas would be rendered unsuitable for the existence of snow trout with the rise in temperatures.

An ensemble of 72 statistical models across the Himalayas, the study -- authored by Wildlife Institute of India (WII) scientists Aashna Sharma, Vineet Kumar Dubey, Jeyaraj Antony Johnson, Yogesh Kumar Rawal and Kuppusamy Sivakumar reveals the vulnerable snow trout would be squeezed into the high-altitude rivers in the Himalayas.

"Our empirical findings strongly suggest that snow trout, a prime cold water fish of Himalayan rivers, would suffer a habitat loss in the future and the high-altitude areas would act as only saviours, provided suitable habitat connectivity is offered, senior scientist Kuppusamy Sivakumar told PTI.

The study says mountain systems across the globe are conspicuously sensitive to on-going climate alterations and the condition is much more detrimental in the Himalaya, where the rate of warming, and thus the glacier meltdown, is much higher than elsewhere.

The Himalayan coldwater species are concerningly most vulnerable to these changes because of their limited thermal range, it says.

Funded by the Department of Science & Technology (DST), the study is a part of the government's National Mission for Sustaining the Himalayan Ecosystem (NMSHE), which was launched to research the impact of climate change on the Himalayan ecosystem.

The study iterates that if the countries across the globe continue their greenhouse emissions as usual (mentioning it as the 'business-as-usual scenario'), the species (snow trout) would lose a net habitat of 16.29% till the year 2050 which would further increase to 26.56% in the year 2070.

As it stands, the snow trout faces serious threats due to river valley modifications, destructive fishing practices and exotic salmonid introductions, it says.

Due to ongoing threats, its population size has been reduced drastically in Himalayan waters, hence listed as vulnerable in the IUCN Red List, it adds.

The fish species has great commercial and recreational value and its sole presence in the high-altitude cold waters makes it a flagship species to conserve the Himalayan rivers, the study underlines.

Already exposed to numerous anthropogenic stressors, the fate of snow trout population and many co-occurring genera can be considered explicitly at a higher risk in the Himalaya, it adds.

The also flagged the rampant damming of the rivers across the Himalayas, saying the presence of dams would definitely obstruct the fish mode of movements to safer havens, ultimately risking their very survival.

Our results highlight that snow trout would expand their range upwards into the high-altitude streams with a concurrent predominant range contraction in most of their lagging edges, ultimately creating a high-altitude squeeze, the study says.

The study recommends some solutions such as persuasive conservation efforts beyond political boundaries by combined decisions of the policymakers of Himalayan countries.

It also include reducing unsustainable harnessing of rivers for hydropower development projects and energy efficiency by improving green energy potential.

They also underscore a need to focus more on climate change science in India, more so in the Himalayas, which, the team says is predicted to be warming at a rate much higher than the global average rate of about 0.4 C.

The team detailed that never has such an extensive and rigorous ensemble methodology been used to understand the climate change impacts on any freshwater species in India.

They said there was a dire need for inter-governmental policy measures -- involving India, Nepal and Bhutan--to sustain the biodiversity of these rivers.