Species with a capacity for learning from others can better survive 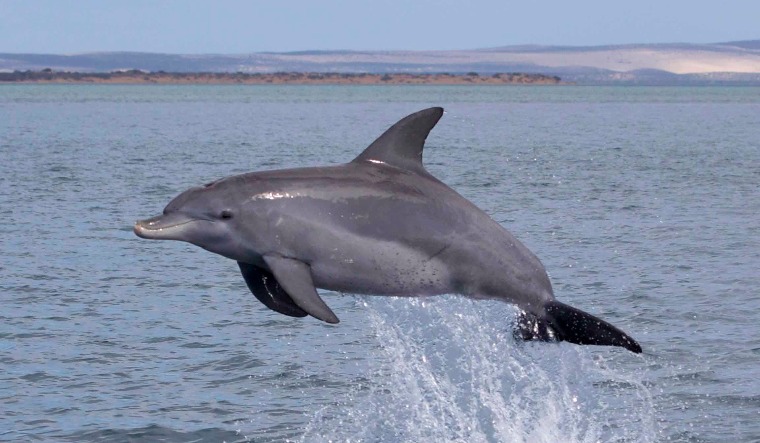 Dolphins learn new skills from their fellow dolphins and not just from their mothers. Dolphins not only acquire new ways to catch prey but are also motivated to learn from peers, says a new study published in the journal Current Biology.

"Our study shows that the foraging behaviour 'shelling'—where dolphins trap fish inside empty seashells—spreads through social learning among close associates," says Sonja Wild, who conducted this research for her doctorate at the University of Leeds.

"This is surprising, as dolphins and other toothed whales tend to follow a 'do-as-mother-does' strategy for learning foraging behavior."

Another aspect that makes the findings especially intriguing is that shelling represents only the second reported case of tool use in dolphins. The dolphins of Shark Bay, Western Australia, are also known to use marine sponges as foraging tools to help them catch prey, according to the researchers.

Wild and her colleagues made the discovery during boat-based surveys in Shark Bay between 2007 and 2018. In almost 5,300 encounters with dolphin groups over that time, they identified more than 1,000 different Indo-Pacific bottlenose dolphins (Tursiops aduncus). They also caught a select few in the act of shelling 42 times.

"During shelling, dolphins chase their prey—usually a fish—into empty shells of giant gastropods, insert their beak into the shell, bring it to the water surface and then shake it about to drain the water out of the shell, so that the fish falls into their open mouth," Wild explains.

The researchers saw 19 different individual dolphins perform this shelling behavior. They note that there are surely more 'shellers' in the population than they saw, since the whole event may only take a few seconds and could easily be missed. The question then was: How had this new way of foraging spread from one dolphin to the next?

To find out, the researchers used social network analysis, taking into account the social network, genetic relationships and environmental factors. Their analysis concluded that the shelling behavior spreads socially primarily within—rather than between—generations, providing the first evidence that dolphins are also capable of learning from their peers, not just their mothers.

"The fact that shelling is socially transmitted among associates, rather than between mother and offspring, highlights the similarities between cetaceans [the group including dolphins, whales and porpoises] and great apes in the way cultural behaviours are passed on," says Michael Krützen, University of Zurich, who initiated the study.

"Indeed, despite having divergent evolutionary histories and occupying different environments, there are striking similarities between cetaceans and great apes: Both are long-lived, large-brained mammals with high capacities for innovation and cultural transmission of behaviors," he adds.

Wild noted that not all shelling dolphins seem to engage in the behavior at the same frequency. "Some dolphins use shells quite regularly during foraging, while others have only ever been seen with a shell once," she says. "So, while there may be other explanations, it's possible that some dolphins have mastered the skill more than others."

Wild says that the findings have important implications for understanding how dolphins may be able to adapt behaviorally to changing environments.