The app will maintain records of quarantined and infected persons 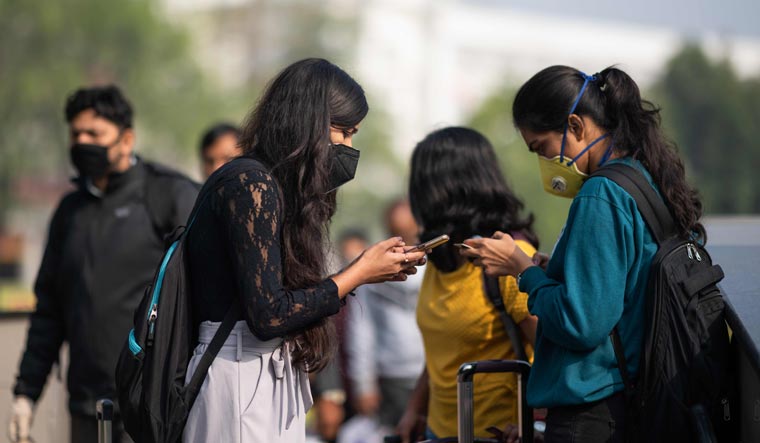 On Wednesday, when the corporation authorities went to track the status of home quarantined people in Chennai, they were in for many surprises. A father-son duo who had returned from Iraq and were in quarantine in Koyambedu had fled to Ramanathapuram. The authorities came across another young man on the streets at Anna Nagar who was supposed to be in quarantine. Cases under various sections of the IPC and Epidemics Act were slapped on them.

With people violating home quarantine rules, the Tamil Nadu police department has come out with a novel idea to track them using a mobile application. The app will track people with history of foreign travel in the past two months.

K Jayant Murali, ADGP, Law and Order, did the soft launch of the app on Wednesday. The COVID- 19 Quarantine Monitor will create and maintain records of quarantined and infected persons, track all quarantined people on a real-time basis and will have updates on people quarantined. It will also keep the local police updated on the status and location of the person. The app was designed by Rohith Nathan, Superintendent of Police, Sivaganga and his gynecologist wife Kaveri Subbaiah. “It will work as a geo fence. If the quarantined person goes out beyond a certain perimeter, the authorities will be alerted,” Nathan told THE WEEK.

The real-time app was developed by Chennai-based startup Pixxon AI Solutions Pvt Ltd which is into visual analytics and which designs Artificial Intellligence (AI) based applications for surveillance, law enforcement and green energy companies.“We discussed with the police department on Sunday. And the app was developed just within 75 hours,” Vidya Renganathan, Head of Business development at Pixxon AI solutions told THE WEEK.

The app will start working once the person under home quarantine downloads the app as per the instructions from the police and the health department authorities and feeds his or her details. The details of the quarantined persons will be collected from the health department and messages will be sent to each of them asking them to download the mobile application. Once the application is downloaded, the exact location of the person can be tracked as it is GPS-enabled. “We are sure all of them will have phones as they are foreign returnees,” said Nathan. When asked what if anyone doesn’t download the app, Nathan said the government has the details of names and addresses of everyone who landed in the airports in the past two months and also the details of the people who are under home quarantine. “We will call them up and tell them to download the app,” tells Nathan.

The health department already has the data provided by the immigration department with details of passengers who arrived from foreign countries. The department has details of at least 60,000 persons who travelled abroad since February 1. As of now, there are 15,298 people under home quarantine in Tamil Nadu.