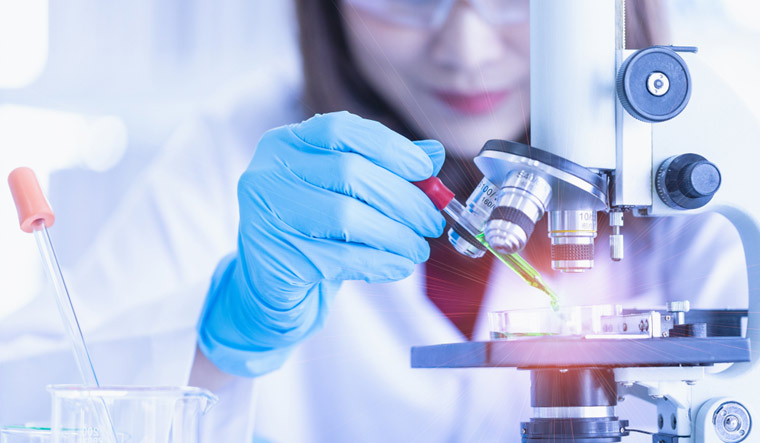 (For representation) A scientist examines a petri dish on microscope | Shutterstock

Scientists in Brazil spotted an aquatic virus while studying a giant virus that infected an artificial lake. This “mysterious” virus collected from amoebae was considerably smaller than the viruses usually known to infect amoebae.The team found the virus in Lake Pampulha in Belo Horizonte, the capital city of southeastern Brazil’s Minas Gerais state.

Ninety per cent of the genes of the newly discovered Yaravirus (Yaravirus brasiliensis), which they named after a mermaid called Yara, has never been recorded by scientists. Only six genes out of the 74 were found to match the genes already recorded in public databases. According to mythology of the Tupi-Guarani indigenous tribes in Brazil, Yara is an enchanting mermaid-like figure who entices sailors to live with her forever.

The novel virus’s existence has puzzled the researchers because of its unique genomic features and 80 nm-sized particles, distinguishable from the giant amoebal virus.

The researchers published a paper on the preprint server bioRxiv, detailing their analysis of the new virus. The team, consisting of international researchers, explained it as enigmatic because the virus constitutes "a new lineage of amoebal virus with a puzzling origin and phylogeny."

Viral forms are more complex than thought and scientists are studying how viruses can spread and function after the coronavirus threatened the world.

The researchers are looking into this unknown group of amoebal virus to know whether it is a distant kind of giant virus that could have evolved into a reduced form. The scientists speculate that Yaravirus might be a distant, much altered offspring of the Acanthamoeba or a member of that group that took a brand new evolutionary path.

Giant viruses possess complex genomes that give the ability to synthesise proteins, and therefore perform things like DNA repair, in addition to DNA replication, transcription, and translation.

"Most of the known viruses of amoeba have been seen to share many features that eventually prompted authors to classify them into common evolutionary groups," the researchers wrote in new pre-print paper about the discovery.

"Contrary to what is observed in other isolated viruses of amoeba, Yaravirus is not represented by a large/giant particle and a complex genome, but at the same time carries an important number of previously undescribed genes."