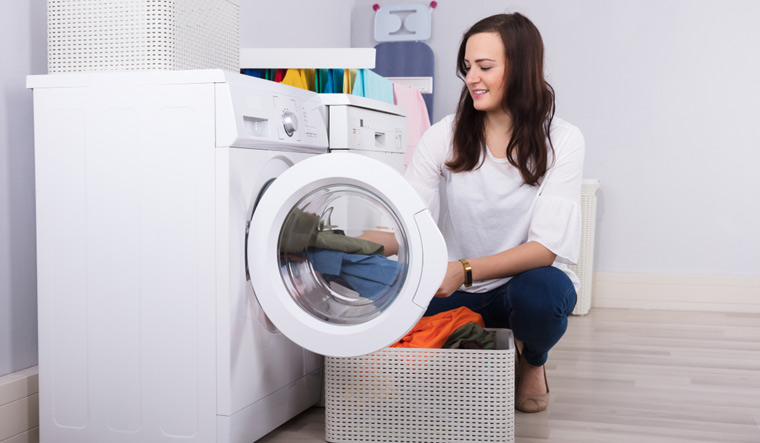 In a first, researchers have found that reducing both the duration of wash cycle in a washing machine's control settings, and water temperature can extend the life of garments, and lessen the amount of dye and fibres shed into the environment.

The scientists, including those from the University of Leeds in the UK, said every load of washing releases hundreds of thousands of microfibres -- tiny strands that are flushed down the drain.

These fibres, they said, reach beaches and oceans where they remain for many years and are swallowed by sea creatures, killing many.

According to the study, published in the journal Dyes and Pigments, using shorter, and cooler washes is a simple method by which everyone could make their clothes last longer, and keep them out of landfill.

"We are increasingly familiar with the environmental threat posed by throwaway fast fashion, but we also know that consumers claim their clothes can lose their fit, softness and colour after fewer than five washes—this means it's more likely they will ditch them long before they are worn out," said study co-author Lucy Cotton from the University of Leeds.

As part of the study, the scientists washed 12 dark and eight brightly-coloured t-shirts, together with white fabric squares to test colour-fastness -- mimicking average household loads.

The scientists repeated and validated the experiment with authentic loads of dirty laundry.

Chemical analysis of the waste water from the machine distinguished individual dyes washed out of the clothing.

They also collected, weighed and analysed microfibres in the waste water.

Based on the analysis, the scientists found that there was less colour loss in the t-shirts which were washed using the cooler, quicker cycles.

According to the study, quicker, cooler washes decreased dye transfer from coloured washing.

The scientists also noted that significantly less microfibres were released into waste water during the quicker, cooler wash.

The shorter and cooler cycles reduced the amount of microfibre release into the environment by about half, and cut dye release by nearly 75 per cent, the study said.

"Our findings can help tackle the issue of 'invisible' plastics in the environment," said Richard Blackburn, study lead author from the University of Leeds.

"Synthetic microfibres are released every time textiles are washed and account for more than a third of all plastic reaching the ocean. But microfibres from cotton and other natural sources are found in even greater numbers in the sea, and we're worried about their impact too," Blackburn said.

According to the researchers, the findings may help consumers actively reduce the number of microfibres released from their own clothing simply by washing in quicker, cooler cycles