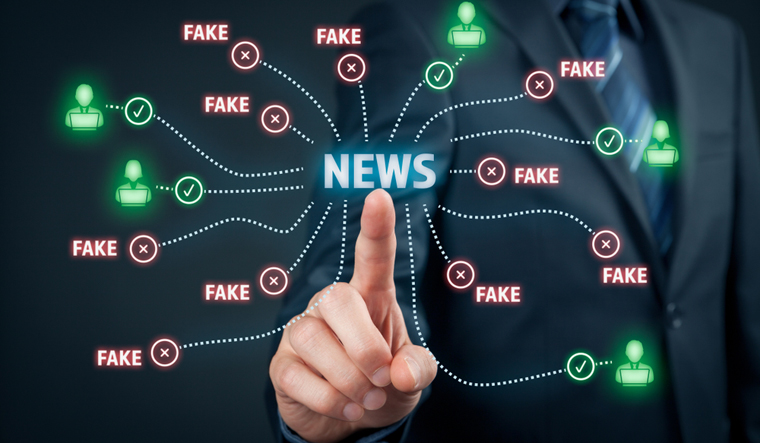 On October 31, social media organisation Twitter made a landmark announcement. The company stated it will will ban political advertisements globally on its platform, responding to growing concerns over misinformation from politicians on social media. Twitter chief executive Jack Dorsey tweeted that while internet advertising "is incredibly powerful and very effective for commercial advertisers, that power brings significant risks to politics, where it can be used to influence votes to affect the lives of millions".

Dorsey's move was in direct contrast to Facebook CEO Mark Zuckerberg's, who held to his decision that he would let political figures speak freely, and count on voters to judge truthfulness. Facebook's policy that allows political speech and ads to run without fact-checking. "In a democracy, I don't think it's right for private companies to censor politicians or the news," Zuckerberg said in an earnings call with analysts, the transcript of which he posted on Facebook.

Facebook's stance earned Zuckerberg a very public (and viral) two-minute browbeating by young United States Congresswoman Alexandria Ocasio Cortez. Her questions, including one whether she could publish willful disinformation as a political personality, had the Facebook CEO flummoxed. All through the hubbub, Google remained conspicuously silent.

What is the clamour against political ads all about?

With a burgeoning fake news industry and targeted advertisements being used for nefarious purposes globally, the three social media giants—Facebook, Twitter and Google—have constantly been on the backfoot. In the 2016 US general elections, Facebook faced flak for allegedly allowing Russian bots to run a massive 'disinformation campaign'. By the 2019 Indian general elections, all three platforms had learnt their lesson, maintaining a close watch on political advertisements, putting out detailed transparency reports on the finances disbursed on the same, broken down partywise.

In a statement, Google said its updated election adverts policy for India required advertisers seeking to run poll adverts to provide a 'pre-certificate' issued by the Election Commission of India (ECI) or anyone authorised by the ECI, for every ad they wish to run. Facebook had said it will make it compulsory for advertisers to disclose their identity and location before any political advertisement material can be run on the popular social media platform and Instagram. Facebook had said it will also start showing a disclaimer on all political advertisements by providing details of those placing the advertisements.

Why the move will be limited in its significance

After the Twitter announcement, TMC MP Derek O' Brien told Times of India, ”When it comes to misleading political ads, Facebook is by far the worst offender. In India, Facebook has broken every rule in the book. Will they brazen it out, again?”

In the Indian context, compared to Facebook and Google, Twitter's share in the political advertisement pie is negligible. Take the case of the 2019 Lok Sabha elections. Throughout the duration of campaign, for a period of four months from February to May, Facebook hosted Rs 27.73 crores worth of political ads, while Google raked in Rs 29.30 crores. Political parties invested a total of Rs 57 crore on Facebook and Google platforms—with the BJP spending the lion's share—for political ads. This was a radical shift from the traditional on-ground expenditure that dominated the elections past, and a lacuna which the Indian legal system has not sufficiently addressed. On Google, the BJP's spend was four times that of the Dravida Munnetra Kazhagam (DMK), which came in at a distant second. Four of the top five spenders on Facebook were the BJP and its proxies. Twitter accounted for only a fraction of the spend, around Rs 4.1 crore as to then available records.

The reason was simple. Politicians in the subcontinent use Twitter in a different manner when compared to Facebook or Google. It acts as a gateway between the social and the traditional media. Consider this example. In March, a controversy brewed over Surf Excel's Holi advertisement which showed a Hindu girl protecting her Muslim friend from the festival colours being flung all around. The campaign received a lot of flak; this was normalising 'love jihad', right wing Twitter users argued. Social media lit up with hashtags for and against the ad. Arguments dominated late night television and the news cycle for days on end. But, a French security consultant, who goes by the handle of Elliot Alderson on Twitter, studied the Twitter hashtags and made a very interesting discovery: 17 to 20 per cent of the tweet volume was artifcially driven by the IT cells of the BJP and the Congress. This was how disinformation worked in the 21st century, he wrote.

When it comes to political advertisements in social media, the conversation should start with Google and end with Facebook.

The initial reactions from the Western countries were largely positive. "This is the right thing to do for democracy in America and all over the world," 2016 US Democratic presidential candidate Hillary Clinton tweeted. Social media platforms have been challenged by President Donald Trump's campaign and its use of ads that contain claims critics say have been debunked by independent fact-checkers." Twitter just walked away from hundreds of millions of dollars of potential revenue, a very dumb decision for their stockholders," Trump 2020 campaign manager Brad Parscale said. "Will Twitter also be stopping ads from biased liberal media outlets who will now run unchecked as they buy obvious political content meant to attack Republicans?"

Democrats have stepped up pressure on Facebook to remove political ads, and a group of employees has also called for stronger efforts by the social network to clamp down on "civic misinformation" from politicians. Other initial reactions to the Twitter announcement was positive. "Until privately-owned social media platforms can develop and consistently enforce standards to prevent demonstrably inaccurate information in political advertising, this is the right move," said Michelle Amazeen, a Boston University professor specialising in political communication.

Nina Jankowicz, a Wilson Center fellow specialising in disinformation, also welcomed the decision."It's great that this move has been made globally and not just within the United States," she said. "Too often these companies operate in a cloud of willful ignorance about the effects their products have outside our borders."

Jankowicz said the decision could level the playing field by preventing wealthier candidates and groups dominating the social conversation. "Paid speech essentially quashes some groups' ability to speak out and be heard because they can't compete with the reach that their richer counterparts pay for," she said.