It has been 50 years since mankind took "the giant leap", thanks to Apollo 11 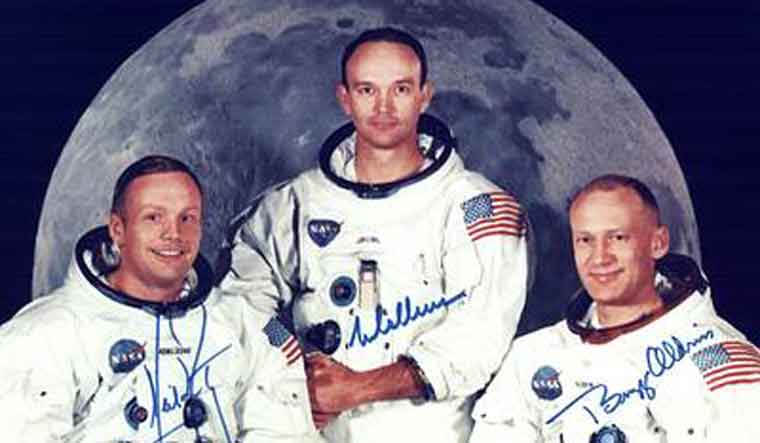 On July 16, 1969, a mighty Saturn V rocket set off from Florida carrying astronauts Neil Armstrong, Edwin “Buzz” Aldrin, and Michael Collins for the first human mission to the Moon. Four days later, on July 20, the trio created history when Armstrong and Aldrin became the first humans to step on the Moon, while Collins remained in the lunar orbit in the command module Columbia, their only means of returning back to Earth. “Here men from the planet Earth first set foot upon the Moon, July 1969 AD. We came in peace for all mankind," read the plaque that Armstrong and Aldrin hoisted upon landing on the Moon.

It has been 50 years since mankind took "the giant leap" and celebrations are in full swing all over the world, especially the US. Never one to miss such occassions, Google has created a doodle video to mark the event. The animated video, narrated by none other than Collins himself,  celebrates the moment of human achievement by taking viewers through the journey to the moon and back.

"We crew felt the weight of the world on our shoulders," Collins narrates. “The first time we saw the Moon up close, it was a magnificent spectacle. It was huge,” says Collins. “The sun was coming around it, cascading and making a golden halo, and filled our entire window. As impressive as the view was of this alien Moon seen up close, it was nothing compared to the sight of the tiny Earth. The Earth was the main show.”

The three astronauts returned to Earth on July 24, 1969, landing in the Pacific Ocean.

Collins adds that one of the most frequent questions he had to face upon returning to Earth was if he felt lonely or left out as he piloted Columbia, watching his counterparts land on the moon. On the contrary, he recalls having enjoyed hot coffee up there. "Behind the Moon, I was by myself. All alone, but not lonesome. If you counted, there were three billion plus two people on one side, and me on the other. I felt very comfortable back there. I even had hot coffee." 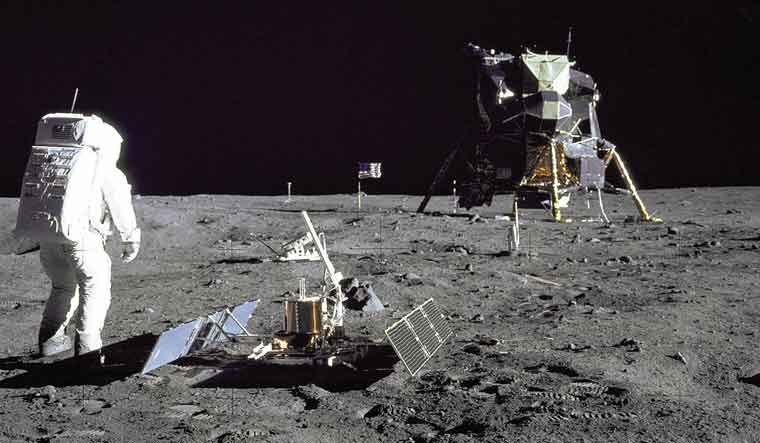 Astronaut and Lunar Module pilot Buzz Aldrin is pictured during the Apollo 11 extravehicular activity on the moon. He had just deployed the Early Apollo Scientific Experiments Package. In the foreground is the Passive Seismic Experiment Package; beyond it is the Laser Ranging Retro-Reflector | NASA

Eighty eight-year old Collins and Buzz Aldrin, who piloted the lunar module that detached from the spacecraft and landed on the Moon's surface, are the two surviving members from the mission that would change the way humanity saw its place in the universe.

Their commander Neil Armstrong, the first man on the Moon, passed away in 2012 aged 82. Aldrin, 89, has remained relatively more elusive, but active on Twitter.

The Apollo mission of the US involved around 4,00,000 people from around the world, including scientists, engineers and even those who sewed the airtight space suits, Collins recalls.