'US Space Force will be a defensive entity' 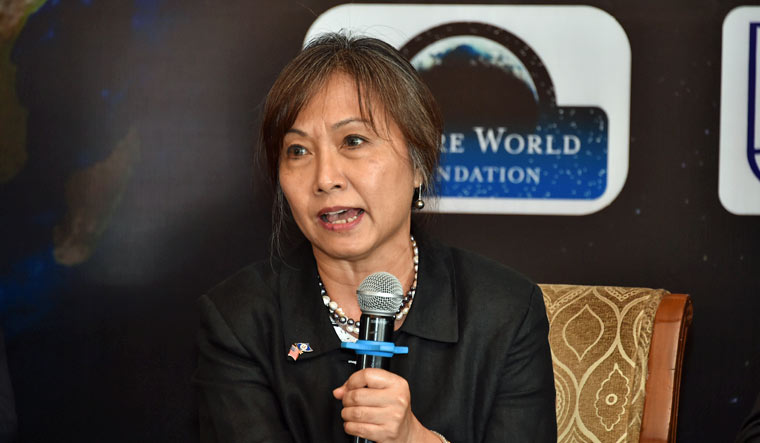 Neevy van Laningham, who works with the US Department of State's Asia Pacific Regional Space Cooperation Office of Space and Advanced Technology, is on a visit to India. She was one of the speakers at the ORF Kalpana Chawla Space Policy Dialogue 2019. THE WEEK spoke to her on the sidelines of the conference.

The US has recently established a Space Force. Militarisation of space is happening across countries. Isn't this a worrying development?

Yes, we have established the Space Force as our sixth force [the others are Army, Navy, Air Force, Coast Guard and Marines]. It was a natural progression with all the advances in space technology. The Russians have a space force for 20 years, the Chinese, too, though they haven't announced it. A space force is important for our future needs, to guard our space assets. It is an entity to ensure peaceful use of space. It will be a defensive entity, not an offensive one.

Can you specify what a Space Force will entail? Will it have a batallion of specially trained soldiers, for instance?

We are still in discussions on how it will be manned. The directive from the meeting of the last National Space Council was that it should take shape soon.

Your Space Policy Directive 1 says return to the moon, followed by Mars. But the US has been yo-yoing over destination Moon or Mars with every new president.

Our president Donald Trump says we need to return to the moon [human mission] because we need to establish the moon as a gateway for the onward journey to Mars. In fact, former vice president Joe Biden said the same thing at the recent 35th Space Symposium. And Vice President Mike Pence has said that humans [read Americans] should return to the moon by 2024.

Space Policy Directive 2 emphasises on having a one-stop shop for commercial space sector. Can you elaborate on it?

Has there been any decision on a collaboration of NASA with ISRO's Gaganyaan, or human space flight mission?

I am told that we are keen on collaboration and the talks are on. But nothing has been inked yet.