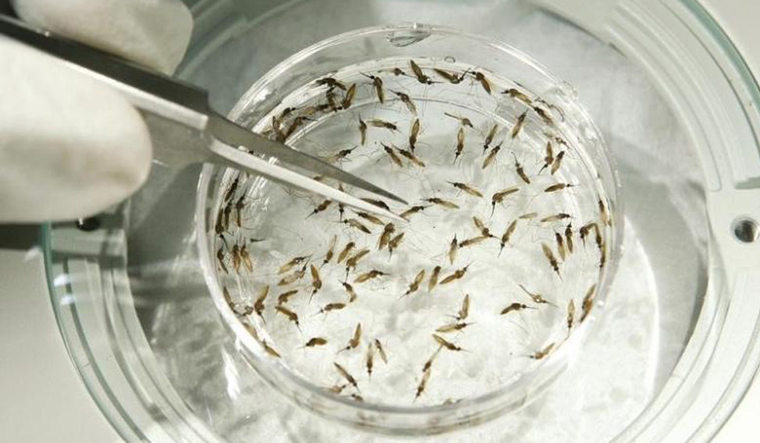 Researchers have developed an end-to-end drug discovery pipeline for malaria by using the next generation artificial intelligence (AI).

Malaria is one of the world's oldest infectious diseases that still causes a lot of health problems in many tropical countries, according to the research published in the journal Scientific Reports.

Plasmodium falciparum, the most dangerous human malaria parasite, is believed to cause hundreds of millions of illnesses and about half a million deaths a year, said researchers from Insilico Medicine Taiwan.

The control of malaria has been hindered by increasing resistance of malaria parasites to available drugs, they said.

To encounter this challenge, researchers from Insilico Taiwan have extensively studied the mechanisms by which the protease inhibitor E64 approaches, interacts with, and inhibits FP2.

The effectiveness of E64, its mechanism of action, and the potentials of the derivatives of E64 to have low toxicity in humans make E64 and its derivatives potential drug candidates to treat diseases with high levels of cysteine proteases as a primary cause.

Results of the study have shown that the binding of E64 and FP2 are facilitated by the amino acids of FP2 located within and nearby the previously identified binding pocket of FP2.

This suggests that the antimalarial drug design should not only focus on finding drug candidates that will bind tightly to the residues of established binding pocket, but also consider the need for the drug candidate to be able to bind to the residues surrounding the established binding pocket subsites. "Insilico Taiwan is happy to present the work on malaria which potentially can help save millions of lives," said Artur Kadurin, CEO Insilico Medicine Taiwan.

Results of the study confirm that E64 is able to inhibit FP2, and explains in detail the physicochemical factors of E64's interaction with FP2 as extremely favourable.