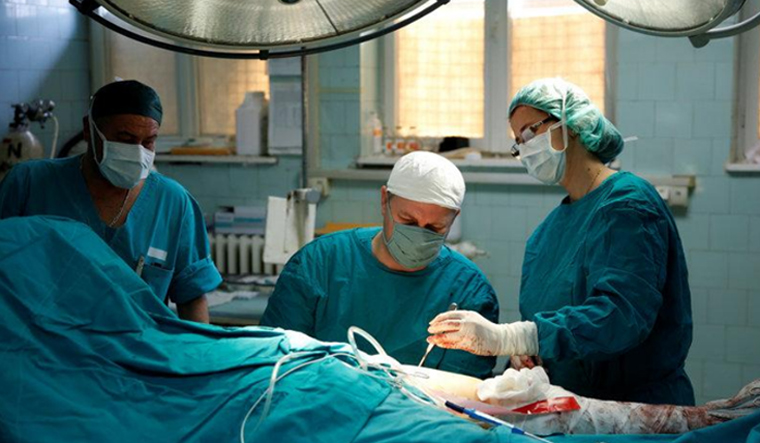 A person with a badly damaged ligament, tendon, or ruptured disc could simply have new replacement tissue printed and ultimately implanted in the damaged area

Scientists have developed a method to 3D print cells to produce human tissue such as ligaments and tendons, a process they say will greatly improve a patient's recovery.

A person with a badly damaged ligament, tendon, or ruptured disc could simply have new replacement tissue printed and ultimately implanted in the damaged area, according to a study published in the Journal of Tissue Engineering, Part C: Methods.

"It will allow patients to receive replacement tissues without additional surgeries and without having to harvest tissue from other sites, which has its own source of problems," said Robby Bowles, an assistant professor at the University of Utah in the US.

The 3D printing method involves taking stem cells from the patient's own body fat and printing them on a layer of hydrogel to form a tendon or ligament which would later grow in vitro in a culture before being implanted.

However, it is an extremely complicated process because that kind of connective tissue is made up of different cells in complex patterns.

For example, cells that make up the tendon or ligament must then gradually shift to bone cells so the tissue can attach to the bone.

"This is a technique in a very controlled manner to create a pattern and organisations of cells that you could not create with previous technologies," said Bowles.

"It allows us to very specifically put cells where we want them," he said.

The team worked with US-based company, Carterra, which develops microfluidic devices for medicine.

The team developed a special printhead for the printer that can lay down human cells in the controlled manner they require.

To prove the concept, the team printed out genetically-modified cells that glow a fluorescent colour so they can visualise the final product.

Currently, replacement tissue for patients can be harvested from another part of the patient's body or sometimes from a cadaver, but they may be of poor quality, researchers said.

Spinal discs are complicated structures with bony interfaces that must be recreated to be successfully transplanted. This 3-D-printing technique can solve those problems, they said.

The technology currently is designed for creating ligaments, tendons and spinal discs, but "it literally could be used for any type of tissue engineering application," Bowles said.

It also could be applied to the 3D printing of whole organs, an idea researchers have been studying for years, he said.