In India, state has an army; in Pakistan, army has a state: Tharoor 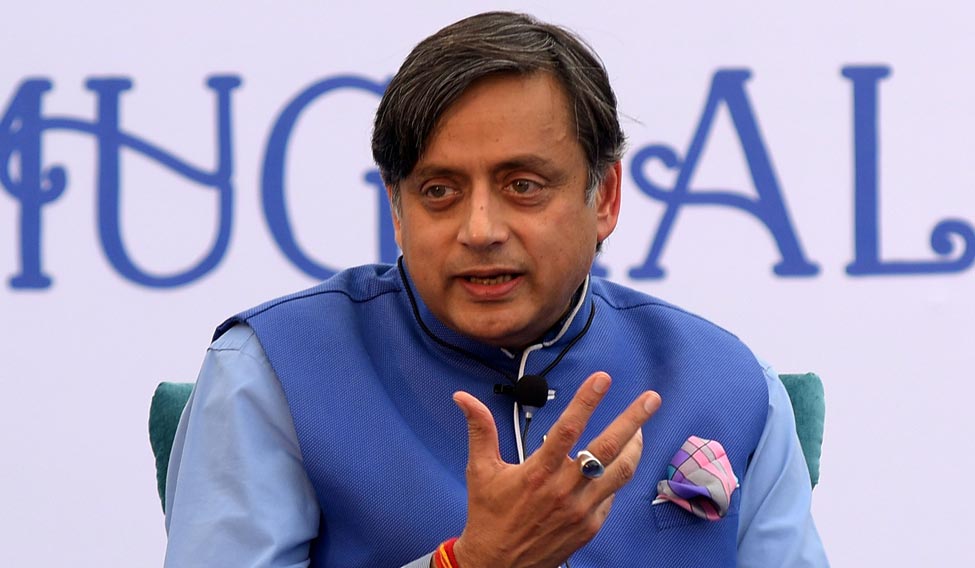 Stressing on the need for more people-to-people contacts between India and Pakistan, Congress leader Shashi Tharoor on Sunday wondered that if Prime Minister Narendra Modi could attend a wedding in Lahore why could both the countries not play cricket.

"I do believe India and Pakistan should play cricket because we unfortunately will not go very far through diplomatic contacts with them.

"The real problem with India and Pakistan has little to do with anything like persuading them diplomatically. It all depends on the military rulers of Pakistan. In our country, the state has an army. In Pakistan, the army has a state," Tharoor said at an interactive session at the Times Lit Fest here.

"What we have seen is that the National Security Advisers of both countries have met in Bangkok. Our Prime Minister met with theirs in Ufa, then the Prime Minister (Narendra Modi) went to Lahore and participated in a wedding, a birthday party and so on. So if all that can happen, why can't we play cricket."

"It couldn't be business as usual after what happened on 26/11 (Mumbai terror attacks in 2008). We (United Progressive Alliance) were certainly turning the screws on Pakistan and send them a strong signal," the former Union Minister said.

He said that the situation now was different. "It is simply a different stage we are at now, from when the ban was initially imposed. We are all floundering on ways and approaches to Pakistan. There is no reason for cricket to be held hostage."

"Why don't we expand the space for people-to-people contact between India and Pakistan?" the Congress leader asked.

"What we can do is open up trade, tourism, travel, cinematic contacts, exchange of musicians, and cricketers too," he added.

Your form could not be submitted.
This browser settings will not support to add bookmarks programmatically. Please press Ctrl+D or change settings to bookmark this page.
Topics : #India-Pak | #Shashi Tharoor