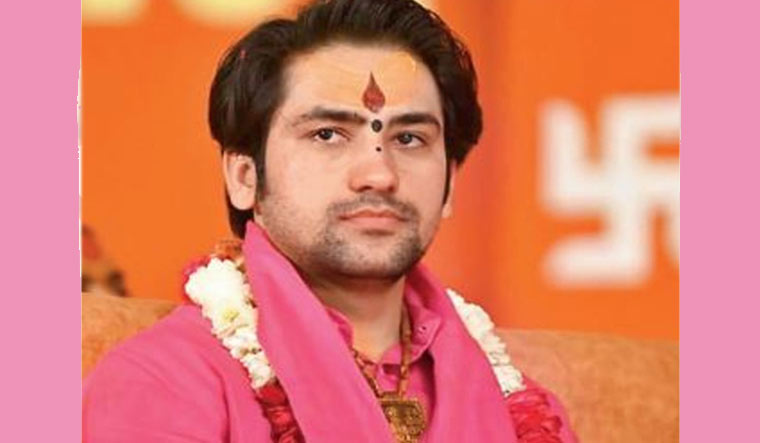 Chhatarpur police in Madhya Pradesh have constituted a 25-member special investigation team (SIT) to probe into a complaint of death threat to Bageshwar Dham chief Dhirendra Krishna Shastri, who is currently in limelight over claims of miracles.

An FIR has been registered under sections 506/507 (criminal intimidation) of Indian Penal Code (IPC) at the Bamitha police station after Lokesh Garg, a cousin of Shastri, made a complaint about receiving the death threat over phone. The caller identified himself as Amar Singh.

Meanwhile, security at Bageshwar Dham in Gadha town of Chhatarpur has been increased, the SP said. Security has been beefed up across the district in view of Republic Day and police will ensure that activities that could lead to anarchy and chaos are prevented, he said.

Shastri, called popularly as Bageshwar Dham Sarkar and having considerable followers in Madhya Pradesh as well as other parts of the country, recently got into limelight after getting a challenge from rationalist Shyam Manav in Nagpur of Maharashtra.

Manav challenged Shastri to prove his claims of miracles and also filed an FIR against him after the godman left Nagpur without taking up the challenge. Later, Shastri accepted the challenge of Manav from Raipur in Chhattisgarh and asked the latter to come there. This time Manav refused.

Even as Maharashtra police is yet to take any action on the FIR registered by Manav under the Maharashtra Prevention and Eradication of Human Sacrifice and other Inhuman, Evil and Aghori Practices and Black Magic Act, 2013, debate has been raging on social media between the followers of Shastri and others who consider his claims of miracles as superstition.

In his complaint to the Bamitha police, Lokesh Garg, son of Shastri’s uncle Ramavatar Garg, said that he received a phone call from an unknown number on January 22 night and the person wanted to talk to ‘Dhirendra’. When Garg expressed inability to connect the caller to Shastri, the man allegedly said that they should make preparations for the 13th day rites (conducted after death) for Shastri. The caller gave his name as Amar Singh to Garg.

The SP told media that the initial probe suggests that the caller couldn't meet Shastri despite repeated attempts and might have made the call in this frustration. However, the police were looking at all the angles in their probe and hope to come out with some concrete evidence during the next 24 hours.