Ravish had been with the channel for over 15 years 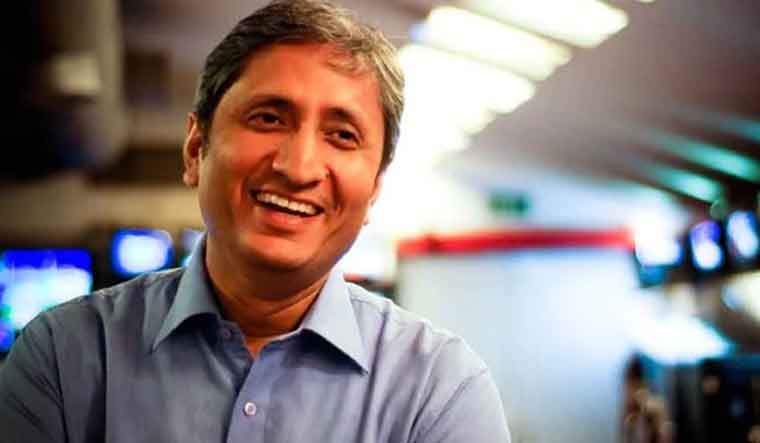 Senior journalist and popular TV anchor Ravish Kumar resigned from NDTV, a day after the channel’s founders and promoters Prannoy Roy and Radhika Roy resigned as directors on the board of RRPR Holding Private Limited (RRPRH).

Reports said NDTV president Suparna Singh sent an email to the employees informing them of Ravish’s resignation on Wednesday.

"Ravish has resigned from NDTV and the company has agreed to his request for his resignation to be effective immediately,” Suparna said in his mail. “Ravish has been an integral part of NDTV for decades; his contribution has been immense, and we know he will be hugely successful as he embarks on a new beginning," she further said.

Ravish has been with NDTV for over 15 years and has anchored some of the popular shows like Prime Time, Hum Log and Ravish ki Report.

The Roys resigned on Tuesday as the directors of promoter group vehicle RRPR Holding Private Limited as the Adani Group neared takeover of the TV channel.

RRPR, which has already been acquired by the Adani Group, held 29.18 per cent stake in the news channel.

The Roys, however, still hold a 32.26 per cent stake in NDTV as promoters and have not resigned from the board of the news channel.

The channel had said in a statement that the board of RRPR Holding has approved the appointment of Sudipta Bhattacharya, Sanjay Pugalia and Senthil Sinniah Chengalvarayan as Directors on its board with immediate effect. The three are nominees of Adani Group.

More than a decade ago, Roys had taken an interest-free loan of over Rs 400 crore from a company that Adani group acquired in August. In exchange, they issued warrants that allowed the company to acquire a 29.18 per cent stake in the news group.

The conversion of warrants into equity because of non-payment of the loan, gave the Adani group entity almost all shares of RRPR Holdings.