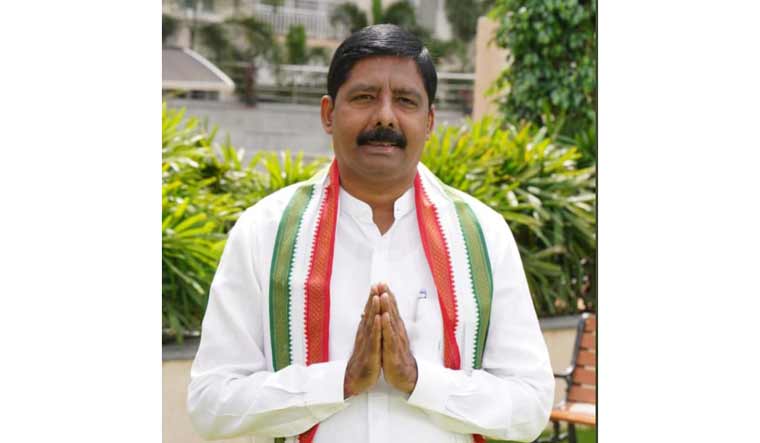 In a surprising move, the Congress party appointed Gidugu Rudraraju as the president of its Andhra Pradesh unit. Aged around 53, Rudraraju is known to keep a low-profile but also considered as a hardcore party loyalist.

A native of Amalapuram in the erstwhile East Godavari district of coastal Andhra region, he cut his teeth in politics at a young age as an active student union leader of NSUI (National Student Union of India), student wing of Congress party. He then went on to hold key posts in the youth Congress. As a young leader, he belonged to the camp of former united AP CM, YS Rajasekhara Reddy. When Reddy was the PCC president, Rudraraju was the campaign committee member.

In 1999, 2004 and 2009 elections, Rudraraju played a significant part on behalf of the party. When YSR was the CM, he served as the Chairman of AP Medical Infrastructure Corporation. He also got elected to the Legislative Council of united AP. Within the party, he held the post of AICC Secretary and also discharged duties as incharge of Orissa.

Rudraraju’s appointment is seen as strategic giving more weight to youth leadership to revive the party which is almost on deathbed in the state post-bifurcation. What also worked in favour of Rudraraju is his organisational skills and his decision to remain with the party through tough times eschewing the temptation of moving to greener pastures. According to party sources, Rudraraju was an acceptable choice due to his non-controversial nature and also also for enjoying a good rapport with the leaders of different communities and age groups.

Another interesting aspect is that Congress has opted for a Brahmin to lead its party in the Telugu states after almost four decades. In 1981-82, Kona Prabhakar Rao, another Brahmin leader, worked as PCC president. Since then Brahmin leadership in Congress has almost become invisible.

“It is a good sign as caste wasn’t a barrier in his appointment,” observed noted political economist Dr. Parakala Prabhakar whose father, Parakala Seshavatharam was one of the Brahmin Congress legislators in the past who entered Assembly thrice. He recollected that till late 1970’s, there were close to 20-25 Brahmin MLAs from the Congress in the united AP.

According to political analysts, Brahmins are usually not seen as a consolidated vote bank owing allegiance to one particular party in the present times. In the past, Congress to some extent enjoyed the support of Brahmins along with Reddy, Dalit, Muslims and Kapu community.

The immediate challenge for Rudraraju would be to instill confidence among the party cadre and attract senior leadership and those who left the party to come back to the fold and hit the ground. The party currently has no members in the state Assembly or Lok Sabha. The latest string of appointments come within weeks of Congress senior leader Rahul Gandhi completing the Andhra leg of Bharat Jodo Yatra.