Why Aftab and Shraddha fought on the day he killed her

Shraddha was murdered on May 18 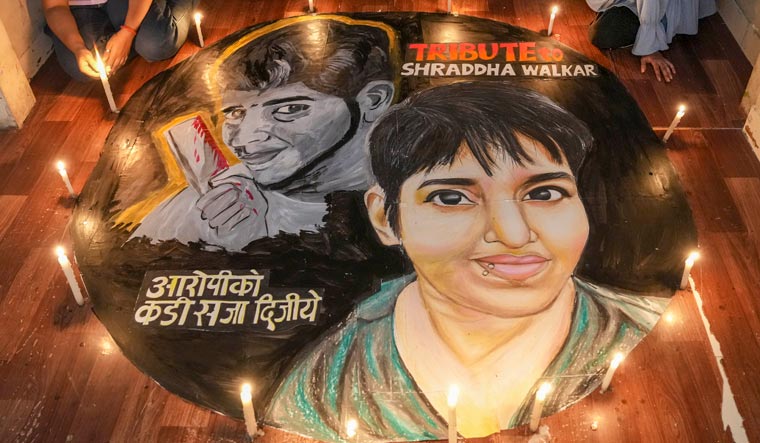 Aftab Poonawala allegedly strangled Shraddha Walker, chopped her body into over 35 pieces and dumped them in different parts of a forest area in south Delhi | PTI

Delhi Police on Wednesday revealed more details about the gruesome murder of Shraddha Walker as they continued to interrogate Aftab Amin Poonawala, the accused. According to reports, Aftab told police that there was a fight between the couple over shifting of household items from Mumbai.

Aftab, 28, allegedly strangled his live-in partner, chopped her body into over 35 pieces and dumped them in different parts of a forest area in south Delhi. The crime was committed on May 18, weeks after the couple moved to the national capital from Mumbai.

"On May 18, there was a fight between the two regarding bringing household items from Mumbai. They used to fight over who would bear the household expenses and bring items. Aftab got very angry about this. The quarrel started around 8 pm when Aftab strangled Shraddha to death,” ANI quoted Delhi Police sources as saying.

Sources also told the news agency that the May 18 quarrel was not the first time, and Aftab and Shraddha were fighting for three years.

Aftab was arrested on Saturday. He allegedly tried to dupe the cops in the initial days of the investigation by claiming that Shraddha had left the house on May 22 and he had not come in contact with her since then. However, police got the breakthrough after they examined Shraddha's phone location as well as her bank transaction details.

It was revealed during the investigation that Rs 54,000 was transferred from Shraddha's account to Aftab's account on May 26. The location of the bank transfer turned out to be the Mehrauli police station area where the couple were staying in a rented apartment.

After Shraddha's murder, Aftab used to chat with her friends using her social media account for the next few weeks to give the impression that she was still alive. However, police found that the location of the phone was also in the Mehrauli police station area.

The Mira-Bhayander Vasai Virar police on Wednesday said they are clueless about the current location of Aftab's family members who had vacated their flat in a housing society in Vasai a fortnight ago.

"When we asked them the reason behind shifting, Aaftab's father told us that his son got a job in Mumbai and his company will pay rent. They also spoke about inconvenience (about shuttling between Mumbai and Vasai)," he had said.