Centre to grant citizenship to Pakistan, Bangladesh and Afghanistan minorities

It will be granted under the Citizenship Act, 1955 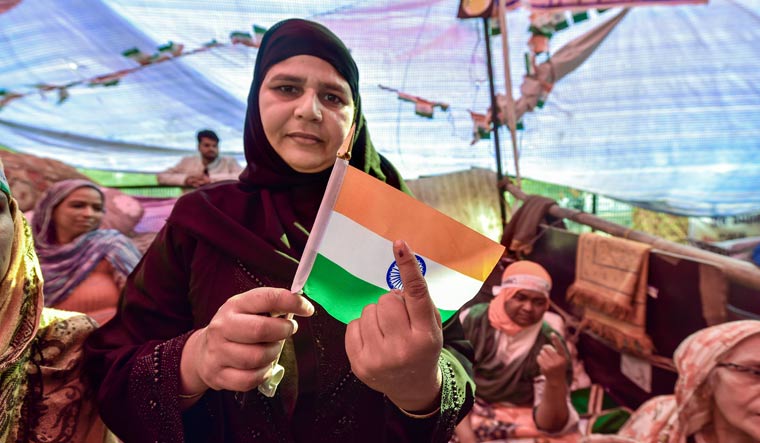 The Centre has decided to grant Indian citizenship to Hindus, Sikhs, Buddhists, Jains, Parsis and Christians coming from Afghanistan, Bangladesh and Pakistan and currently living in two districts of Gujarat under the Citizenship Act, 1955.

The move to grant citizenship under the Citizenship Act, 1955 and not the controversial Citizenship Amendment Act, 2019 (CAA) bears significance.

The CAA also provides for granting Indian citizenship to Hindus, Sikhs, Buddhists, Jains, Parsis, and Christians coming from Afghanistan, Bangladesh and Pakistan, but as the rules under the Act have not been framed by the government yet, no one so far could be granted citizenship under it.

According to a Union home ministry notification, those Hindus, Sikhs, Buddhists, Jains, Parsis, and Christians residing in the districts of Anand and Mehsana in Gujarat will be allowed registration as a citizen of India under section 5 or will be granted certificate of naturalisation under section 6 of the Citizenship Act, 1955 and in accordance with the provisions of the Citizenship Rules, 2009.

Such people living in the two districts of Gujarat have to submit their applications online which will then be verified by the collector at the district level. The application and reports thereon shall be simultaneously made accessible online to the central government, the notification read.

The collector may make such inquiry as he considers necessary for ascertaining the suitability of the applicant and for that purpose forwards the application online to such agencies for verification and comments as may be required for completing such an inquiry, it said.

The Narendra Modi government wants to grant Indian nationality to persecuted non-Muslim migrants -- Hindus, Sikhs, Jains, Buddhists, Parsis, and Christians -- from Bangladesh, Pakistan and Afghanistan who had come to India till December 31, 2014.

There were massive protests in some parts of the country after the CAA was passed by Parliament in December 2019 and the subsequent presidential nod. Over a hundred people lost their lives during the protests.

However, the CAA has not been implemented so far as rules under it are yet to be framed.

According to the Manual on Parliamentary Work, the rules for any legislation should have been framed within six months of presidential assent or seek extension from the Committees on Subordinate Legislation in Lok Sabha and Rajya Sabha.

In January 2020, the home ministry notified that the Act would come into force from January 10, 2020, but it later requested the parliamentary committees in the Rajya Sabha and the Lok Sabha to give it some more time to implement rules as the country was going through its worst ever health crisis due to the Covid pandemic.

Last fortnight, the Union home ministry had been granted yet another extension by the Parliamentary Committees on Subordinate Legislation in the Rajya Sabha and the Lok Sabha to frame the rules of the CAA.

While the permission has been granted from the Rajya Sabha till December 31, 2022, the Lok Sabha has granted time till January 9, 2023.

This was the seventh extension given to the home ministry to frame the rules under the CAA.