BJP is focussing on Gujjars, Bakarwals & Paharis in view of the impending elections 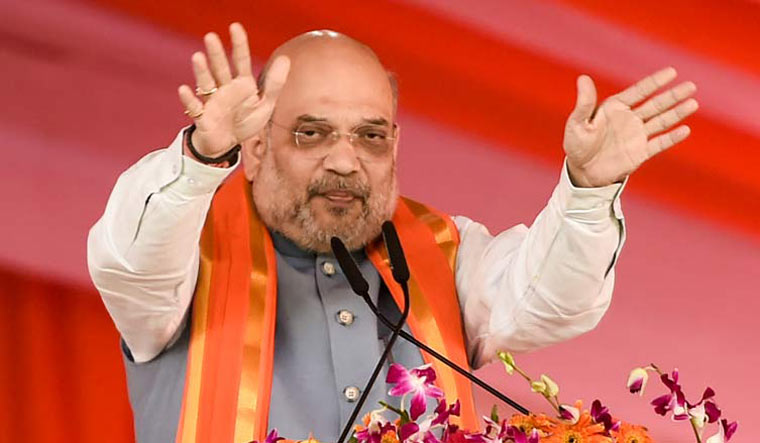 Home Minister Amit Shah will begin his three-day visit to Jammu and Kashmir on October 4 for the inauguration of several developmental projects in both the Jammu and Kashmir regions. He will be visiting Srinagar and Baramulla in Kashmir and Rajouri and other places in Jammu. He will also visit the Shri Mata Vaishno Devi temple at Katra in Jammu.

He will reach Jammu at 5 pm and will meet several delegations including those from Gujjars and Bakerwals and Yuva Rajput Sabha. The BJP is focussing on Gujjars, Bakarwals and Paharis in view of the impending elections in Jammu and Kashmir expected to be held in March and April next year.

Recently, Gujjar leader Ghulam Ali Khatana was nominated to Rajya Sabha. The Yuva Rajput Sabha will be thanking the Home Minister for officially declaring Maharaja Hari Singh’s birthday in Jammu and Kashmir on September 23 by the UT government. Some delegations are expected to meet him in the evening. The BJP leaders will brief the Home Minister about the political situation in Jammu and Kashmir. Security has been beefed up in view of the high-profile visit of the Central minister.

Shah will pay obeisance at Mata Vaishno Devi temple and then travel to Rajouri, which has a sizeable Gujjar, Bakerwal and Pahari population. He will make some important announcements including granting Schedule Tribe (ST) status to Paharis. BJP state president Ravinder Raina's hometown is also in the Rajouri Nowshera area. It is expected the rally will be big.

The Home Minister will then return to Jammu and inaugurate several developmental projects from the Jammu Convention Centre (JCC).

In the afternoon he will travel to Srinagar and address a rally. The next morning he will travel to Baramulla. In Srinagar, he will meet the J&K LG Manoj Sinha and lay foundation stones for developmental works projects. Top security officials from Army, Central Armed Police Force and Police will also brief him about the security situation in Jammu and Kashmir.