Culprits will not be spared, he says 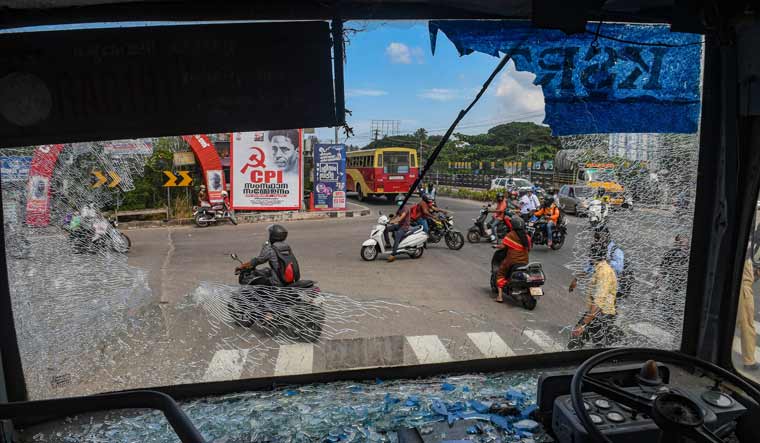 The large-sclae violence in Kerala during a hartal called by the Popular Front of India on Friday was pre-meditated, Chief Minister Pinarayi Vijayan said. Addressing an event of the Senior Police Officers Association in Thiruvananthapuram, Vijayan said the violence had resulted in destruction of public and private properties in the state.

"In yesterday's hartal, led by the PFI, Kerala witnessed a pre-meditated violence. The state witnessed an organised and violent interference from their part resulting in huge loss to the state," the chief minister said, adding that the culprits would not be spared.

He said the violence was an attempt to destroy the peaceful atmosphere of the state. Police have taken effective action against the miscreants and arrested many of them, Vijayan said and added that more arrests will be made in the coming days.

The PFI hartal, called to protest against the multi-agency operation against the organisation on the previous day, turned violent in several places, damaging state-run buses and ambulance, injuring policemen and commoners and vandalising shops and threatening the public.

At least 50 KSRTC buses buses were damaged with their windscreens smashed and seats damaged. Over 10 of its employees suffered injuries in the stone pelting and related incidents.

The nation-wide raids led by the National Investigation Agency in PFI offices and houses of its leaders on September 22 had lead to the seizure of several “incriminating documents” and the arrest of 106 activists of the extremist organisation. Kerala, where PFI has some strong pockets, accounted for the maximum number of 22 arrests.