A division bench will hear the petition on Friday 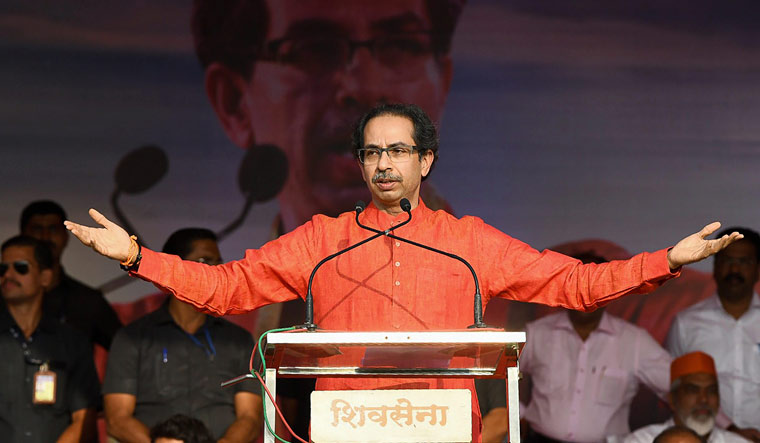 The Bombay High Court on Thursday permitted the Uddhav Thackeray-led Shiv Sena to amend its petition to challenge the Mumbai civic body's decision refusing them permission to hold their annual Dussehra rally at the iconic Shivaji Park in Mumbai.

A division bench of Justices R D Dhanuka and Kamal Khata said it would hear the petition on Friday.

Senior counsel Aspi Chinoy, appearing for the Thackeray faction, told the court that the Brihanmumbai Municipal Corporation (BMC) has this morning passed an order rejecting their application seeking permission to hold the rally on October 5.

"The BMC in its order has only said that they are rejecting the application due to a possible law and order situation as the other faction (Shinde's side) has also applied for the same," Chinoy said.

He then sought to amend their petition to challenge the corporation's decision.

Senior counsel Milind Sathe, appearing for the BMC, opposed this and said the petition has become infructuous as it only sought for the BMC to take a decision on their application and this has been done.

The bench, however, noted that the petition has also sought the court to grant permission.

"This is a wider prayer according to us. Hence, we are allowing the petitioner to amend the prayer," the court said.

The Thackeray-led Shiv Sena in its plea had said the party was constrained to approach the HC as the Mumbai civic body had not taken a decision on their applications submitted in August seeking permission for the rally.

Sarvankar in his application claimed the dispute on who represents the "real Shiv Sena" was pending before the Supreme Court and the Election Commission of India and hence, the high court should not hear or pass any directions in the petition here.

Sarvankar claimed he belonged to the Shiv Sena faction led by Maharashtra CM Eknath Shinde who is the "Mukyaneta of the real Shiv Sena" and he has the majority support in the party.

The MLA said the Thackeray faction under the garb of this petition was trying to lay claim on the Shiv Sena.

The Thackeray-led Sena in its plea said the party was holding the Dussehra rally every year at the Shivaji Park since 1966 and the civic body had always permitted it.

The petition said in 2016, the state government had designated Shivaji Park as a recreational ground to be used only for sports activities.

At that time, the government had earmarked a few days in the year for non-sports activities and the Dussehra rally was also included in those days, it said.

The Thackeray-led Maha Vikas Aghadi government, which comprised the Shiv Sena, NCP and Congress, collapsed in June this year after a revolt led by Eknath Shinde against the Sena leadership.

Shinde was later sworn in as the chief minister with BJP's Devendra Fadnavis as his deputy.

Both the Thackeray-led Sena and the rival group led by Maharashtra CM Eknath Shinde had sought permission to hold their Dusshera rallies at the Shivaji Park.

The BMC on Thursday refused permission to both the factions.

As an alternative, the two factions had also applied for permission to hold the rally at the MMRDA ground at the Bandra Kurla Complex (BKC) in Mumbai.

Last week, the Shinde faction got the nod for holding a rally at the BKC.