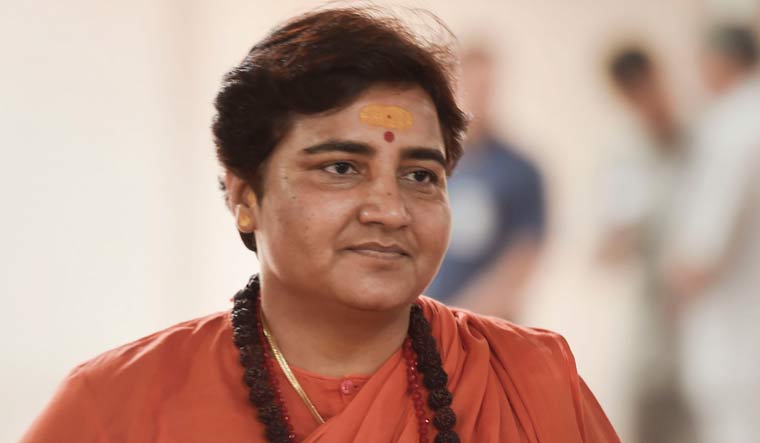 Bhopal MP Pragya Thakur’s claim on a public platform that four to six-year-old girls in villages adopted by her are sold by their parents to secure money to get their kin released from police custody, has created a huge furore in Madhya Pradesh.

Congress spokesperson Sangeeta Sharma released a video of Thakur’s statement, made at a programme held on Vishwakarma Jayanti in Bhopal on September 17.

In the video, while thanking the hosts Bharatiya Udyog Vyapar Mandal, Madhya Pradesh unit, for giving drawing books and colour pencils to the kids in the villages and settlements adopted by Thakur, the MP went on to describe the conditions in these villages.

“In the settlements that I have adopted, the children do not have resources for education and their parents do not have any source of livelihood. Let me tell you another thing. Four-, five-, six-year-old girls in these villages – their parents are involved in illegal brewing and sale of liquor. Sometimes police arrest these people because of this illegal activity and since these people do not have money, they sell off these girls to get the money to get their kin released. I have adopted three of such villages. There are about 250-300 children there,” Thakur says.

The Congress has demanded the resignations of Chief Minister Shivraj Singh Chouhan and Home Minister Narottam Mishra for failing to curb crimes, especially those against minor girls.

Addressing a press conference, Sharma said Thakur's statement makes it clear that the 18-year-old BJP government and the four-time chief minister have failed to save the girls.

“Did the MP raise the sensitive matter in Parliament or is the slogan of ‘beti bachao, beti padhao' are limited to speeches?” Sharma asked. She further questioned whether poor people in the state are reduced to selling their girl children to run their households.

She further said Thakur should clarify to whom the girls are being sold, and if such a situation exists in three villages, what is the situation in the entire state.

“I want to ask the Bhopal MP that she is also a woman and isn’t it her duty to seek legal help to stop such barbaric acts with the girls? Isn’t raising voice against spate of rape and gang-rapes against minor girls her duty and dharma? I also want to ask why Union ministers like Nirmala Sitharaman and Smriti Irani, state minister Usha Thakur and members of the BJP Mahila Morcha (women’s wing) are silent on such a serious issue. If they have even a little courage, they should raise their voice against their own government. Also, the National Commission for Women and Human Rights Commission should take suo motu cognisance of the matter and issue directions for probe,” Sharma said.

Leader of Opposition Govind Singh said that the Bhopal MP's statement was a matter of shame for the state government as it indicates flourishing trade of illicit liquor and also indicates that the police are not only allowing the illegal trade to continue by taking bribes, but are also responsible for the sale of the girls of families involved in the illegal trade. "Government should take the statement of the Bhopal MP seriously and initiate strong action," he said.