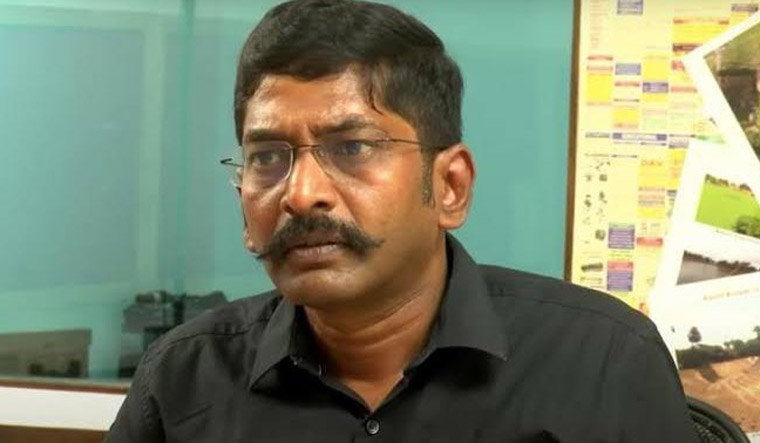 The Madurai bench of Madras High court on Thursday convicted a popular whistleblower and a YouTuber, Achimuthu Shankar aka ‘Savukku’ Shankar, in a suo motu contempt petition for his comments about corruption in higher judiciary. Shankar has been sentenced to six months imprisonment.

Shankar was immediately taken into custody by the police and later taken to the Madurai Medical college hospital, before being lodged in prison.

A division bench of justices G.R.Swaminathan and B.Pugalendhi had earlier this month initiated contempt proceedings against Shankar for his statement saying, “The higher judiciary is riddled with corruption.” The Madurai bench of the Madras High Court had taken a suo motu cognisance of the allegations made by Shankar on YouTube channels on July 22.

In a 44-page order, Justices G.R.Swaminathan and B.Pugalenthi said that “if the contemnor had realised his mistakes and apologised, we would have closed the proceedings. The contemnor stuck to his position. In fact, his act during the last few weeks would constitute for acts of contempt on their own.” The bench while sentencing him for six months imprisonment, recalled the earlier cases against him for his act and comments against Justice C.T.Selvam and also the pending CB-CID cases. The court also observed that Shankar, as an employee of the state government, “is governed by conduct rules.”

“The contemnor is a suspended employee of the state government. He is receiving a subsistence allowance for the last 13 years. He is governed by conduct rules. Yet, he has been attacking all three organs of the State in a vicious manner,” the bench said in its order. The court also noted, “the contemnor admitted having made all the charged statements. It does not require a forensic mind to conclude that they are ex-facie scandalous. They denigrate and deride the institution of judiciary.”

Hours before his arrest, Shankar through his Twitter handle @veera284 said, “I argued myself. Even without informing me, the Court had appointed senior Counsel A.L.Somayaji as Amicus. Somayaji argued and insisted that the statements I have made are with an intent to scandalise the court.” In yet another tweet he said, “Orders reserved. Even before deciding whether I am guilty or not, or pronouncing the sentence, my movement has been curtailed and I am not allowed to go.” Earlier in the first week of September when the suo motu case was registered and came up for hearing Shankar argued for himself and said that he “standby his statement against the judiciary.”

Shankar is a suspended cop who was working with the Directorate of Vigilance and Anti-Corruption (DVAC). He was suspended 13 years before for leaking crucial audio recordings of ministers and officials in the then DMK government. Later, Shankar was also arrested. He runs his own portal called www.savukkuonline.com and also is a controversial commentator on YouTube channels in Tamil Nadu.