Says he is not leading Bharat Jodo Yatra, but participating in it as party member 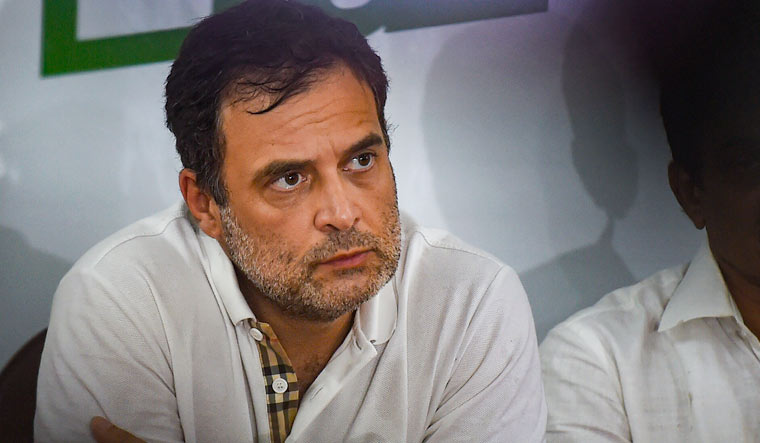 As Congress leader Rahul Gandhi leads his party's ambitious Bharat Jodo Yatra, the question looming large is whether he will come back as the party president. Gandhi's response to the question is that he has already made a decision on whether he will file his nomination for the upcoming polls for the post of party chief, but he is keeping the cards close to his chest for the moment.

At his first press conference after he embarked upon the 150-day-long Kanyakumari to Kashmir yatra, the question that dominated the interaction was whether he would file his nomination for the post of party president.

“The election for the post of party president will take place soon, and your questions will be answered. I have very clearly decided in my mind what I am doing. There is no question in my mind,” Gandhi said when asked about reports that he does not want to make a comeback as party president.

He was asked whether it was not contradictory that he was leading the yatra and yet not wanting to be party president. “It will become very clear whether I become president or not when the party elections take place. Please wait for that day...If I don't contest the Congress president election, you can ask me and I will reply why I did not,” he said. He added that he had time and again said to party leaders that he was not leading the yatra but was only a part of it.

Amidst speculation that he does not want to come back as party chief and the party could get a non-Gandhi president, Gandhi did not categorically deny that he will not file the nomination papers. The nomination process begins on September 24, and the election, if necessitated, is scheduled for October 17.

Gandhi had resigned from the post of Congress president after the defeat of the party in the Lok Sabha elections in 2019, taking moral responsibility for the debacle. He has thus far insisted on not taking over the rein.

The Congress leader said the yatra, which began on September 7, definitely has a political element to it and is a yatra of the party. He said it is a powerful thing to do from both a political and personal point of view, and added that it would help him understand himself and the country. “Two, three or four months later, I expect to be a little wiser.”

To a question on some party leaders speaking in differing voices or quitting the party, he said, “Obviously, the BJP has better means of putting pressure on them than I do.”

On the significance of the yatra, he said, “The country is divided along religious lines. The country is divided along state lines. People do not have employment. People do not have work. Two or three big businesses are controlling everything. The third richest man is now in India, who is probably going to become the richest very soon, a close confidante of the leader of the country. That is not harmonious. You have massive price rise, that is not harmonious. So, for me, India is a conversation between its people and that conversation has broken down.”