Droupadi Murmu sworn in as President

First President of the country to hail from a tribal community 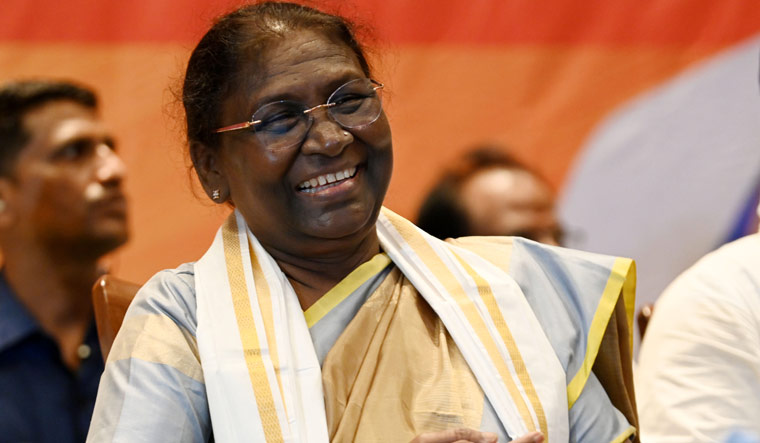 Droupadi Murmu was sworn in as the 15th President of the country on Monday. Murmu is the first person from a tribal community to hold the office.

Chief Justice of India N.V.Ramana administered the oath to Murmu at Parliament's Central Hall. Outgoing President Ram Nath Kovind and the president-elect would arrived at the Parliament in a ceremonial procession ahead of the oath-taking ceremony. The ceremony would be followed by 21 gun salute to the President.

On the conclusion of the ceremony in the central hall of the Parliament, the President will leave for Rashtrapati Bhavan where an inter-services guard of honour will be given to her in the forecourt and courtesies will be extended to the outgoing President.

The 64-year-old scripted history on Thursday after defeating Opposition Presidential candidate Yashwant Sinha in a one-sided contest. Murmu won the election by an overwhelming margin against Sinha after receiving over 64 per cent valid votes of MPs and MLAs, comprising the electoral college. Murmu got 6,76,803 votes against Sinha's 3,80,177 votes.

She will be the first President to be born after independence and is the youngest to occupy the top post. She is also the second woman to become the President.