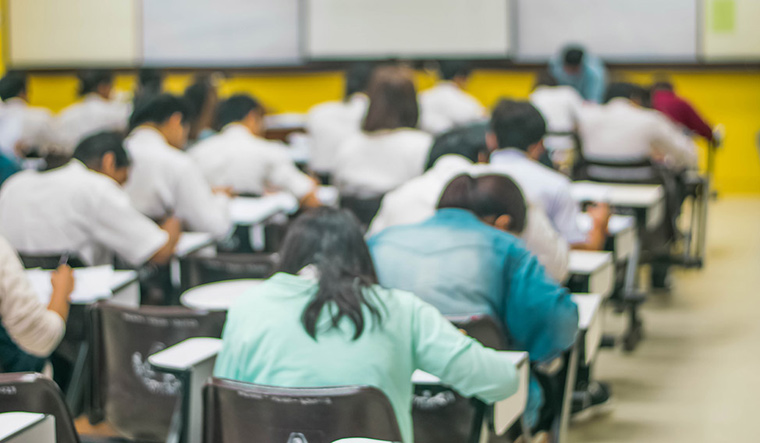 Five persons have been arrested in connection with the incident where several girl students were allegedly forced to remove their innerwear before entering a NEET exam centre in Kollam district of Kerala. Two staff at the Marthoma Institute of Information and Technology and three employees of the exam conducting agency were taken into custody after police examined the CCTV visuals of the incident.

Police said they are interrogating the accused and will also conduct an identification parade.

The incident came to light on Monday after the father of a 17-year-old girl filed a formal police complaint, triggering a massive outrage across the state. In his complaint, he alleged that his daughter, who was sitting for her first-ever NEET exam, was yet to come out of the traumatic experience wherein she had to sit for the over 3-hour-long exam without a brassiere.

Three more students have filed similar complaints, prompting State Higher Education Minister R. Bindu to shot off a letter to Union Education Minister Dharmendra Pradhan, seeking strong action against the exam conducting agency. "The shame and shock of this unexpected turn of events have affected the morale and composure of the students whose performance in the test was consequently affected," she said and strongly recommended action against the agency to prevent future occurrences of a similar nature,” she said in her letter.

"Chairperson Rekha Sharma has written to the chairperson of the National Testing Agency (NTA) to conduct an independent inquiry into the allegations levelled by the girl students and to take appropriate action in accordance with law against the responsible. The Commission has also sought a time-bound investigation in the matter," the NCW said in a statement.

The NCPCR, on the other hand, has written to Kollam District Collector requesting an inquiry into the matter as to how many children underwent a similar treatment on July 17 during the checking/frisking of aspirants appearing in the NEET.

Police said they have filed a case against the accused, invoking Indian Penal Code (IPC) Sections 354 (Assault or criminal force to woman with intent to outrage her modesty) and 509 (Word, gesture or act intended to insult the modesty of a woman).