Mahua Moitra's comments on goddess Kali based on rituals in parts of West Bengal? 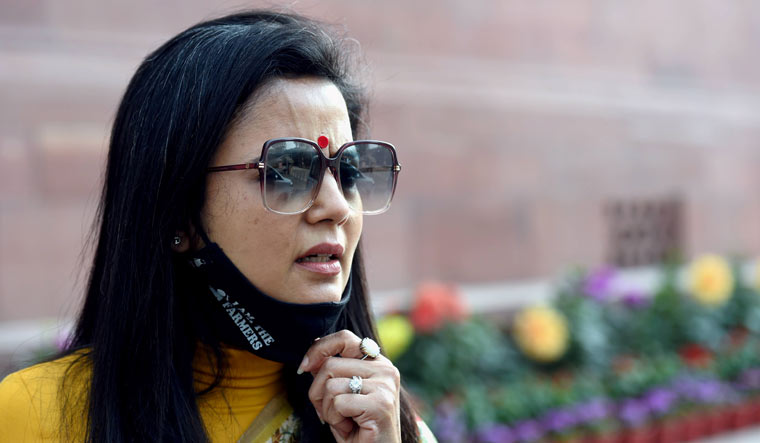 Trinamool Congress MP Mahua Moitra’s remark on goddess Kali has upset the party's top leadership. Many of them condemned the “highly offensive” comment that came at a sensitive time when the country was dealing with violent protests over BJP leader Nupur Sharma's remarks on Prophet Muhammad.

“It has given the BJP fresh ammo to make a scathing attack on us. In fact they would do it in parliament,” said a TMC MP.

Amid the controversy surrounding the poster of a documentary Kaali, which showed the goddess smoking a cigarette, Mahua, on Tuesday, said Kali to her is a meat-eating, alcohol-accepting goddess. This has kicked up a storm, and FIRs have been lodged against her.

Besides condemning the comment and distancing itself, the TMC has not taken any action against Mahua. What is ironical for the party is that TMC supremo Mamata Banerjee’s residence is at Kalighat and she is an ardent believer of Kali. Every year, Mamata conducts Kali puja at her house, and invites many people to attend. Even Governor Jagdeep Dhankhar, who is often engaged in verbal clashes with the chief minister, had visited her house on the day of the auspicious Kali Puja.

Former governor of Meghalaya and Tripura Tathagata Roy, however, said that Mahua was in a race with Mamata to boost her pro-Muslim image.“And in the process, like others, Hindu gods and goddesses are the natural casualty for the so-called secularist,” he said.

Sources in the TMC have confirmed that Mahua would be asked to not address the press for some time. She has been the face of the TMC in national media ever since she won the Lok Sabha polls from Krishnanagar in 2019.

Though many found her remarks deplorable, what she said is often practiced by a section a Hindus during Kali puja. And in her own constituency, Krishnanagar in Nadia district, there are villages like Belpukur near Dhubulia, where every house arranges puja during Kali Puja day—apparently a day before Diwali—and goat meat and liquor are served.

Said a resident of Belpukur, “The people from the village who reside in Kolkata or other parts of India, come back to their ancestral village and celebrate with liquor and meat. In fact meat is given as a bhog (deity’s offering) through sacrifice of goat. Such practices are criticised by people, but have been going on for ages.”

While commenting on the goddess, Mahua perhaps tried to connect these experiences with Kali Puja. However, her interpretation was not received well when she termed goddess Kali as 'meat-eating'. Not all households in Bengal give goats as offerings during Kali puja. Advocate Vivekananda Barui, a BJP MLA from Purulia, lodged a complaint with the police against Mahua for her comments. “Ignorance of the law cannot be cannot be claimed as a defiance to escape liability. Mahua Moitra is sane person with common sense and she made the statement knowing the consequences,” Barui stated in the complaint lodged with Raghunathpur police station in Purulia. Madhya Pradesh police also registered an FIR against her on Wednesday for allegedly hurting religious sentiments.

A former investment banker in London, the young MP acted irresponsibly but she was not entirely wrong, say a section of people in Kolkata. But as her comment gets interpreted in a different way, the party is in a tight spot.